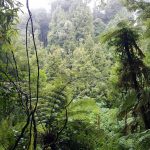 From trapping rats and possums to delegate bags made from recyclable and washable paper and donating left-over food to local charities, this year’s TRENZ in Rotorua will be the greenest ever.

The $39.1 billion New Zealand tourism industry’s biggest and most important annual showcase, TRENZ 2019, will be attended by more than 1500 domestic and international delegates who over four days (13-16 May) will attend a total of more than 15,000 meetings, multiple networking functions, and experience the region’s visitor attractions first hand.

“It’s a major logistical feat and we are determined to make it as environmentally and socially sustainable as possible,” explains Chris Roberts, Chief Executive of Tourism Industry Aotearoa, which manages the event on behalf of the Tourism Industry New Zealand Trust.

“Both the Trust and TIA are signed up to the New Zealand Tourism Sustainability Commitment, as are our major TRENZ partners. As part of that we are committed to reducing waste, supporting ecological restoration and contributing to the host community.

“TRENZ is a large scale event and we’ll be sharing our experience and learning with the wider sector.”

Mr Roberts says one very exciting TRENZ initiative is the pest trapping experience, which is being undertaken in partnership with Rotorua Canopy Tours and the Department of Conservation.

“TRENZ delegates have been offered the opportunity to trap for rats and possums on a part of the native forest where Rotorua Canopy Tours operates. They will be led into the forest for a guided hands-on experience, trapping in an area that hasn’t been touched before. 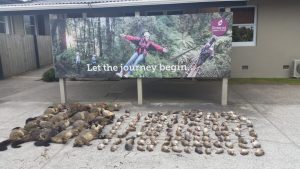 “Working on such important conservation objectives has been a priority at Canopy Tours for years, so we’re really heartened to see the wider tourism community engaging with this crucial work in the forest this week throughout TRENZ.”

A raft of other environmental initiatives are being introduced at this year’s TRENZ, including using mugs or compostable cups for the more than 10,000 cups of coffee that get consumed and, where food standards allow it, donating left-over food to local Rotorua charities.

“We have also made an investment into digital in order to cut back on paper, and are working with the venue, the Energy Events Centre, to ensure rubbish is recycled or composted wherever possible.

“This year’s TRENZ sustainability initiatives are just the start. We are already looking at what more can be done at TRENZ 2020 in Christchurch, with one ambitious goal to make the event carbon zero.”

Traveling to Rio is a trend according to a Pinterest research