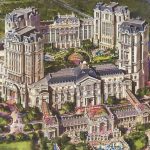 Macao, which saw visitation from Australia leap by 8% in the first three months of this year (and expects to do even better in the current quarter) is set to stage its largest-ever array of art exhibitions as part of its year-long 20th anniversary celebrations as a Special Administrative Region (SAR) of China.

The five-month festival – Art Macao – will officially begin in June with a host of public venues and integrated resorts unveiling internationally recognised exhibits.

Tourists can view masterpieces ranging from Italian Renaissance Drawings to “Wynn – Garden of Earthly Delights” – an exhibition featuring an extraordinary selection of modern and contemporary art pieces from the world’s most renowned artists.

The extensive program will also feature world renowned concerts of song and dance until the end of October.

“It’s 20 years since Macao was handed back to the People’s Republic of China, so we see Art Macao as a perfect festival to celebrate the special year,” Helen Wong, general manager of the Macao Government Tourism Office (Australia and New Zealand) said yesterday.

“There will be exhibitions and concerts for all tastes in a former Portuguese centre which is already brimming with culture through its east-meets-west, UNESCO World Heritage protected treasures,” she said. 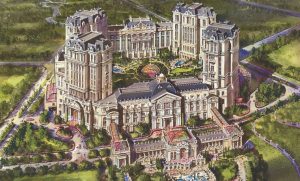 Among the many highlights of Art Macao are: 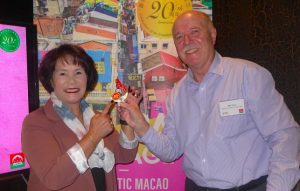 The announcement of the festival comes at a year in which Macau is notching up record numbers of international tourist arrivals from around the globe – up by 21% compared with the 2018 corresponding period.

In the first three months of 2019, almost 24,000 Australians have visited Macao, an increase of almost 8% on the same period last year.

One of the most notable increases has been in the family market, where in January – during the annual school holidays – more than 2000 Aussie visitors were aged under 15 years, second only to the 46-60-year bracket. 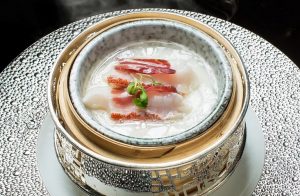 The opening of the motorway-style 55km Hong Kong- Zhuhai- Macao Bridge (the largest over-the-sea road construction in the world) had played a key role in the influx of international visitation, Wong said yesterday.

So, too, Macao’s world standing at a City of Gastronomy, primarily brought about by its designation as a UNESCO Creative City for Gastronomy. The uniquely created Macanese cuisine is considered one of the world’s earliest forms of fusion food.

Believe it or not, African chicken is a signature dish in Macao – and the former Portuguese colony has no fewer than 19 Michelin-starred restaurants.  Before it became a SAR of China, Macau was both the first and last European holding in China.

In a bid to preserve its food, culture and traditions, and help promote sustainability for future generations and tourists, Macao has teamed with National Geographic for a Great Green Food Journey campaign, managing food waste high on the agenda.

The opening in recent years of new hotels and resorts, attractions, stage shows, and activities has also played major roles in attracting international guests to the Centre of Leisure in the Greater Bay Area of China.

Further expanding the skyline of resorts in Cotai district – between Taipa and Coloane – later this year is the opening of the grand 530,000 square-metre property Lisboa Palace which will boast three prestigious hotels – the Grand Lisboa Palace, Palazzo Versace and Karl Lagerfeld – increasing Macao’s hotel guest rooms by 2000.

Across 117 hotels and resorts, Macao has almost 39,000 guest rooms with the occupancy levels hovering above an impressive 90% this year.

In March, the occupancy rate for five-star hotel accommodation stood at almost 93%.