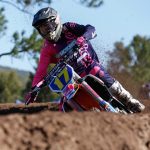 Australia’s best female motocross riders will share the national spotlight with the men at a national competition in Murray Bridge this weekend.

More than 5000 fans are expected to be on hand when the South Australian River Murray town hosts rounds four and five of the Pirelli MX Nationals Motocross competition.

The May 4 and 5 event will feature rounds one and two of the Australian Senior National Women’s Championship for female riders and will also include MX1, MX2 and MXD races for the men across rounds four and five of their national championship.

Up to 25 women, including high-ranking professional racers Meghan Rutledge, Maddie Brown and Jess Moore are expected to vie for the title of national champion.

“Some local events get more riders but not the quality of riders this competition will have.”

Competitors will take on the red sand of the 1.65km Murray Bridge MX Track, which is the premier track in South Australia and among the top 10 in Australia. 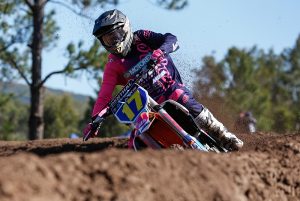 “It’s a gruelling track with probably 15 large man-made jumps and a section of bumps,” Williams said.

Motorcycling Australia is leading a push to drive female participation in motocross.

Murray Bridge is about 75km southeast of the South Australian capital Adelaide. 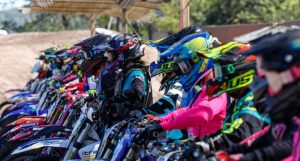 The state is positioning itself as a hub for women’s sport and hosts the UCI Women’s Tour Down Under and the LPGA-sanctioned Women’s Australian Open, which attracts some of the world’s best female cyclists and golfers to Adelaide each year. The Adelaide Crows women’s football team has also won the premiership twice since the national AFLW competition began in 2017.

So now the Chinese cruise market is trashed, at least for now, what will the big cruise companies do with their China based ships?

Plane could fly Australia-London in four and a half hours

Santander Receives First Cruise Ship Since Start Of The Pandemic