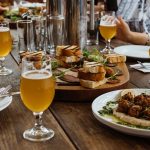 A new food tour has been launched in the Sunshine Coast Hinterland, inviting foodies behind the scenes to discover why the region is fast becoming one of Australia’s premier taste destinations.

The ‘Farm to Fork’ experience is a joint initiative between Sunshine Coast craft beer expert and avid foodie Josh Donohoe, of Creative Tours and Events, and Maleny’s Brouhaha Brewery, and tells the story of the Sunshine Coast Hinterland’s community, its collaboration and, most of all, its fresh produce.

The single-day tour will stop at Sunshine Coast Coffee Roastery for a bean-to-cup experience, The Falls Farm in Mapleton, and Maleny Wagyu.

It will finish at Maleny’s Brouhaha Brewery for a four-course degustation showcasing local produce featured in the tour, paired with four of Brouhaha’s craft beers.

Guests will be joined at lunch by Brouhaha’s head chef and head brewer, who will share the local stories behind the food and beer they create. 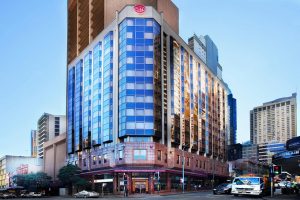 More than two million visitors will converge on Sydney to enjoy Vivid Sydney from May 24-June 15, the world’s largest event combining light, music and ideas.

Metro Hotels & Apartments is offering a range of packages for the duration of Vivid Sydney, starting from $160 per night.

An example is the family package, at that price, at the Metro Hotel Marlow Sydney Central.

The package includes one night in a room with two double beds, a Vivid gift bag on arrival containing a bottle of sparkling wine, chocolates and various glow items. 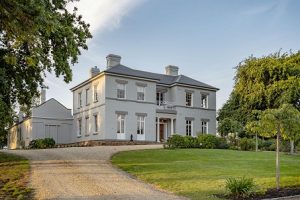 Prospect House Private Hotel, one of Tasmania’s oldest and most elegant country house hotels, is again welcoming guests after its new owners, John and Libby Pooley, invested more than five million dollars in refurbishing and upgrading the historic property.

Built with convict labour in 1830, Prospect House is a fine example of a Georgian-style country house.

When the Pooleys bought Prospect House it had been used as a private home for more than five years and hadn’t undergone a significant renovation since the 1970s. It needed major remodelling and refurbishment to meet their vision for the property.

Prospect House now has 12 guest suites, will accommodate up to 24 guests and aims to attract guests looking for a luxurious experience with exceptional hospitality and service in a unique heritage location.

The restaurant at Prospect House celebrates the farmers and producers of Tasmania’s South East.

Accommodation at Prospect House starts from $350 per night including breakfast. 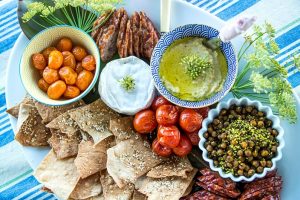 Experience slow food in the Riverina … and learn about the pleasures of slow travel by heritage rail.

A four-day heritage train journey to the NSW Riverina this October will allow food and wine lovers to meet the farmers, winemakers, chefs, gardeners, artisans and producers that make this region one of Australia’s leading culinary destinations.

Created and hosted by Cruise Express, the ‘Taste Riverina Food and Wine Adventure’ aims to showcase the Riverina’s fine wines and abundant produce and also the joys of slow travel aboard a privately chartered heritage train.

The unique getaway begins in Sydney with the heritage rail motor 621/721 taking guests on a leisurely and nostalgic journey to Griffith, with lunch in Junee and afternoon tea in Narrandera along the way.

The rail motor, built in 1962, features windows that open, allowing passengers to freely connect with the changing scenery, including vast expanses of bright yellow canola fields in bloom. During the trip, guests can also visit the driver’s cab to see how the train operates.

After checking into three-nights’ accommodation in Griffith, guests will enjoy a two-day celebration of the Riverina’s passion for food and wine, underscored by the waves of Italian migrants to the area over the decades.

The final day of the tour will see guests rejoin the heritage train for the day trip back to Sydney, with a stop at Temora to visit Koorambi Winez, for a barbecue in the vineyard, hosted by local growers, Mimosa Valley Lamb.  A dinner stop will also be made in Goulburn before the gourmet tour ends mid-evening back in Sydney.

Including eight meals and daily sightseeing, the four-day ‘Taste Riverina Food and Wine Adventure’ is available from $1990 per person twin-share. 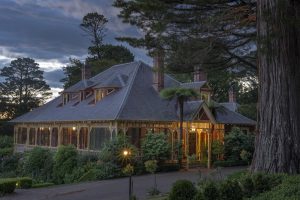 Part of Yulefest … Darley’s restaurant in the upmarket Lilianfels, a vital cog in the Escarpment Group.

There’s even a chance of snow flurries.  Visitors to the Blue Mountains are in for a cool Yule this July.

A regional tradition since 1980, mid-winter Yulefest is the season for which one of Australia’s first tourist destination is most famous.

Guest services manager of Escarpment Group collection of luxury hotels, Meagan Iervasi, encouraged visitors to immerse themselves in the festive atmosphere by staying at least one night. 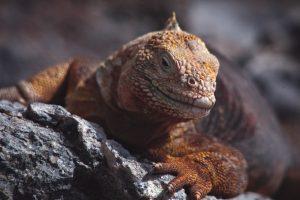 Something you probably wouldn’t like to meet on a dark night … a Galapagos iguana. Image: Nigel Leadbitter.

Jaime is widely regarded as one of the best Galapagos guides, holding the highest certification possible for a naturalist guide in the Galapagos and having worked as a volunteer guide for the Galapagos National Park.

The cruise has been timed to coincide with the start of the marine iguana mating season on Espanola Island, a colourful time when the marine iguanas change colours, displaying bright reds and greens in an attempt to attract mates.

All 11 cabins on Solaris are air-conditioned, with private facilities and ocean views. Five cabins provide single beds, with no single supplement surcharge required for solo travellers. 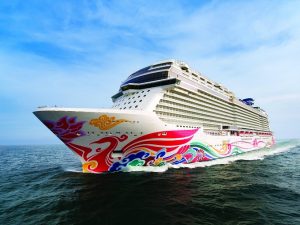 Norwegian Joy … will homeport in New York City for the first time.

The itineraries include Norwegian Encore’s debut in Seattle, from where it will sail seven-day cruises to Alaska alongside sister ship Norwegian Bliss, as well as Norwegian Joy’s arrival in New York for the first time.

As well, Norwegian Spirit, which will undergo an extensive revitalisation in early 2020, will sail a variety of port-intensive itineraries from Tokyo and Hong Kong.

Norwegian Escape will offer nine-day cruises to the Baltic region from Copenhagen, Denmark with calls to Warnemünde, Tallinn, Helsinki, Stockholm and an overnight in Saint Petersburg.

Beginning 14 April, 2021, for instance, Norwegian Joy will homeport in New York City for the first time, sailing a mix of Bermuda as well as Canada and New England cruises.

Its seven-day Bermuda sailings will offer guests three full days to explore the island, while its five-day Canada and New England voyages will feature visits to Portland, Maine and Halifax. 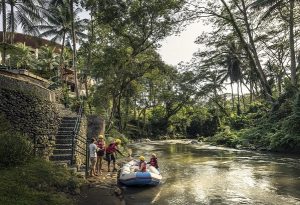 Famed for its dramatic treetop arrival via a suspension bridge, the Four Seasons Resort Bali at Sayan is now offering guests a 180-degree change of perspective, with hotel arrival by river raft.

Submerged in a river valley close to the artistic centre of Ubud, the resort has launched the innovative rafting check-in as an option for guests transferring from sister resort, the beach-front Four Seasons Jimbaran Bay on Bali’s south-west coast.

Instead of the usual 90-minute road transfer, travellers combining a stay at both resorts can instead be taken by private car (60-minute drive) to the departure point for a two-hour rafting adventure down Bali’s longest river, the Ayung. 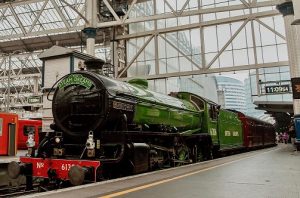 This northern summer, The Steam Dreams Rail Co is launching The Royal Windsor Steam Express, believed to be the first regular steam train service from London Waterloo to Windsor in modern history.

The company is also launching the The Sunset Steam Express, a sunset dining experience through the picturesque Surrey Hills.

Both trips will run from June 4 to September 3.

There will be three classes of travel on the Royal Windsor, including elegant 1950s Pullman-style dining carriages as well as comfortable first-class restaurant cars.

The journey will follow the same route of the earlier Royal trains from London to the castle in Windsor.

Tickets start at £35 and range up to £85 per person for the Pullman-style dining experience with champagne brunch.

Table service for snacks and drinks will be available throughout the rest of the train and picnics welcome.

Tickets can be purchased online or at the station on the day. 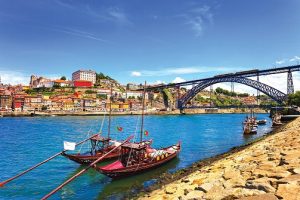 Porto … the beginning of a three-river adventure.

Book a European river cruises from Evergreen Cruises & Tours by May 18 and save up to $4900 per couple, whether your preference is the Rhine and Danube, the flavours of France, a taste of Portugal — or even a combination.

Discover three rivers on this adventure, starting with the Douro River in Portugal, and then the Saône and Rhône rivers in France, with an internal flight included. 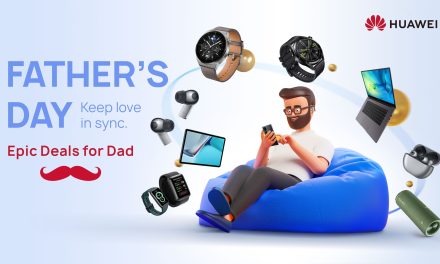 Mexico quietly hands its water supply over to transnationals

Virgin Expands Its Fleet and Plans For The Boeing 737 Max