To celebrate the 30th anniversary of The Cure’s seminal album Disintegration, the Sydney Opera House today announced that the British rock icons’ newly added fifth and final Vivid LIVE show on Thursday 30 May will be live streamed around the globe. 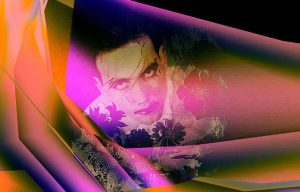 Exactly 30 years ago to the day, The Cure released Disintegration to widespread critical acclaim. An undeniably influential album, it cemented them as a cultural phenomenon, selling more than 3 million copies worldwide and becoming their most beloved record.

To mark this important milestone, The Cure’s newly added final Vivid LIVE performance in the Concert Hall exclusively as part of Vivid Sydney, the largest festival of light, music and ideas in the Southern Hemisphere, will be available to view on Facebook and YouTube from 8pm AEST. The live stream will be directed by British filmmaker Nick Wickham, a close collaborator of The Cure’s who is known for his work with Iggy Pop, Joe Cocker, Annie Lennox and Madonna. The stream will be available to view on-demand for a period of time after this date.

Fans who signed up to The Cure ballot in February 2019 but were unsuccessful in securing tickets will be automatically entered into the draw to purchase tickets for this additional performance. Further information and T&Cs are available below and online here.

Sydney Opera House Head of Contemporary Music and Vivid LIVE Curator, Ben Marshall, says: “With The Cure’s ascension into the Rock & Roll Hall of Fame and the overwhelming demand for tickets to their exclusive Vivid LIVE Disintegration 30th anniversary performances, it seems the already huge reservoir of love for the band is hitting a new level. So it’s with immense pleasure we’re announcing that The Cure’s fifth and final Disintegration performance on Thursday May 30 will be live streamed globally so fans everywhere can join in experiencing the majesty, emotion and incredible music of this remarkable celebration at Vivid Sydney.

“From Underworld to Kelsey Lu and Teyana Taylor to Briggs, Vivid LIVE this year is a selection of ambitious outsider artists who’ve spectacularly succeeded on their own rigorous terms, and no one embodies this better than The Cure. We’d like to express our deep gratitude to the band for bringing these performances here and for generously allowing this moment to be shared with the world.”

Minister for Jobs, Investment, Tourism and Western Sydney Stuart Ayres, says: “Vivid Sydney is globally recognised as a leader in creative industries, technology and innovation, so it is fitting to celebrate this musical milestone for The Cure with five highly sought after shows and a live stream of the event. There’s no doubt that fans of The Cure worldwide will turn their attention to Vivid LIVE, spreading the reach of Vivid Sydney further than ever before.”

Art World Scrambles to Keep up with Online Art Disrupter