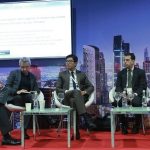 The region’s aviation opportunities and challenges have been firmly in the spotlight at the first CONNECT Middle East, India & Africa forum which is collated alongside Arabian Travel Market 2019.

With Middle East seat capacity doubling to just under 264.31 million in the last 10 years, according to anna.aero data, the Gulf’s full-service and low-cost airlines have definitely left their mark on the aviation industry – even if their global share remains relatively small at 4.7 per cent.

Emirates – which heads the region’s departing seat capacity (41.55 million) followed by Etihad Airways (37.14 million) – remains in expansive mood, however, and will add a second daily service between Dubai and London Stansted from July 1.

Mark Souter, Head of Aviation Development for London Stansted, said it is repositioning the airport – part of the Manchester Airports Group – to focus more on premium long-haul travel.

“In our catchment area we have a lot of pharmaceutical and IT companies, so we spend a lot of time engaging with businesses and we’ve recruited a dedicated sales manager for the corporate sector. We are also targeting the US, India and China, and we employ a Chinese national who sits in Visit Britain’s Beijing office.

“Prior to the Emirates route, I would go to business forums and people were pleading for long haul – now we can provide them with access to Sub Continental and Australasian markets through the Emirates’ network.”

Similarly, Gerald Ong, Aviation Marketing Director, Istanbul Sabiha Gokcen International Airport, explained how it is also targeting more premium travel. “We have seen a lot of growth with Pegasus but now, with more Gulf carriers’ flights, we are trying to change the airport’s perception.”

“It’s quite complex, there are airspace restrictions and you have hubs very close to each other,” he said. “However, there have been some big capex programmes with Oman opening its new terminal and Bahrain will soon have a new terminal as well. 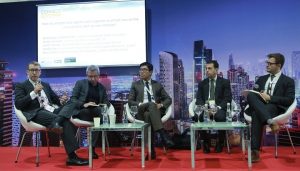 He added Middle East geopolitics is another key issue which has “impacted the travel experience” and regulatory issues continue to provide hurdles. “There are a lot of untapped markets due to the lack of bilateral agreements.”

Sudeep Ghai, Chief Customer & Commercial Officer, flyadeal, highlighted the opportunities it has seized since the low-cost airline started up in Saudi Arabia 18 months ago. The carrier serves eight domestic airports with 10 A320s and has handled 2.5 million passengers.

“When we began it took a while for the market to understand the nature of the opportunity and there was a lot of skepticism,” he said. “But we’ve disrupted the market and brought low fares to the Kingdom.”

Capitalising on the country’s young tech-savvy population, he added that the airline is focused on digital and 60 per cent of its bookings are on mobiles.

“Saudis are hungry to explore and in time we will look to expand internationally – the obvious candidates are within a three-to-four, hour radius, such as Egypt, Jordan and UAE.”

Other sessions on the agenda today (Wednesday 1st May) include, how airports and their regions work together to attract new airline services and open up new markets, and there will be a regional focus on the African market.

More than 300 aviation and airport professionals and 40 airlines are represented at the inaugural conference which bring together airline and airport executives with manufacturers and suppliers, providing a global forum for business and networking opportunities. 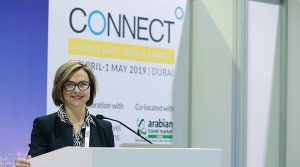 AC/BC Of The Meetings Industry 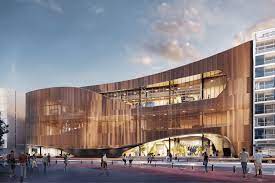