All Aboard the DMZ Peace Train 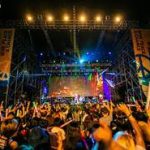 Back for its second year running, the DMZ Peace Train Music Festival is all set to take off in Cheolwon, Gangwon Province DMZ area.  The music festival aims to promote peace through music, and the ideal concept of a borderless world. What better place to spread this message than at the only border in the world, the DMZ?

The DMZ (Demilitarized Zone) is the border that separates North and South Korea and was established in 1953 after the Korean War. For many years the border divided the country and kept tensions high between North and South Korea. However, in recent years, the DMZ is now being looked at as a symbol of peace. For instance, when President Moon Jae-In alongside North Korean leader Kim Jong-Un held hands and crossed into each other’s land on April 27, 2018.

In its first year over 10,000 people attended the two-day long music festival. There were 34 teams from seven different countries that made the line-up. To name a few artists that performed: Kang San-E from Korea, Zenobia from Palestine, Glen Matlock, formerly of the Sex Pistols, from England, and No Party for Cao Dong from Taiwan.

This year’s line-up includes artists from 14 different countries. Some of these countries are Korea, Nigeria, South Africa, Cuba, Spain and many more. To give a few examples of artists that will be performing are MKIT RAIN, Seun Kuti & Egypt 80, Cui Jian, Fujiya & Miyugi, plus others.

Officially the DMZ Peace Train Music Festival for 2019 starts on the 5th of June in Seoul, and moves on into around the Goseokjeong Pavilion in Cheolwon, Gangwon Province from the 7th to the 9thof June. The main music festival will be held in the Goseokjeong National Tourist Area, however there are other special programs planned in other areas. These ‘Peace Out Spots’ are Soi Mountain, Cheolwon Korean Workers’ Party Headquarters (Nodongdangsa), and Woljeong-ri Station. 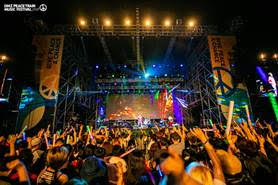 All events for the music festival are free of charge, but require advance registrations, and deposits that vary by venue. For instance, the main concert at Goseokjeong National Tourist Area requires advance registration which you can do online, and a deposit of either 10,000 won for 1-day passes, and 20,000 won for 3-day passes. This will be collected when first entering the venue, and exchanged for an equal value “Cheolwon Love Gift Certificate” along with your admission wristband. The gift certificate can be used throughout the festival within the grounds, or in participating Cheolwon stores.

Enchanting Your Trip Along Three-Star Road 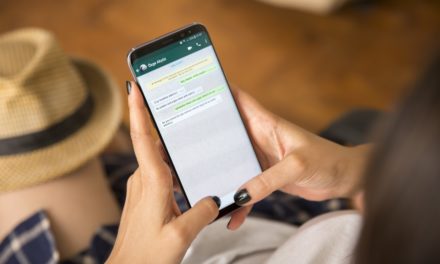 Rail Plus Takes 20% Off BritRail Passes!