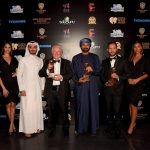 A win at the annual World Travel Awards is the ultimate travel and tourism industry accolade. Voted for by travel and tourism professionals and consumers worldwide, the honour recognises the commitment to excellence which each winner has demonstrated.

“Winning three categories of the prestigious World Travel Awards is a remarkable achievement for Oman Air, especially when we were pitted against some of the world’s largest airlines. These wins are very important to Oman Air as they indicate that our staff are continually raising the bar in service excellence to provide a safe and wonderfully enjoyable flying experience for our guests. At the same time, we are proud to be expanding our global reach as we fly to an increasing number of new destinations, and continue to add new aircraft to our fleet. Although the category of ‘Leading Inflight Magazine’ was previously a part of the World Travel Awards, this is the first time the same category was included in the WTA Middle East. And we are delighted to be the first winner in this new category.” 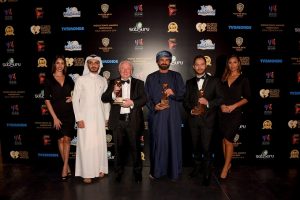 The World Travel Awards was established in 1993 to acknowledge, reward and celebrate excellence across all key sectors of the travel, tourism and hospitality industry. The brand is recognised globally as the ultimate hallmark of quality in the travel industry.

Travelex Insurance Honoured as Best in Industry with 2021 Awards