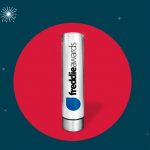 The Freddie Awards are the most prestigious member-generated honour for travel loyalty programs and voted by more than 4 million members worldwide who rank the features of airline and hotel loyalty programs to determine the winners. A total of more than 7 million votes were in cast in total.

“It is such an honor to once again be named Program of the Year at the Freddie Awards. We work hard to offer our members a loyalty program that is designed to give them true value, and is easy to understand and benefit from. And we will continue to do so as we are welcoming 150,000 new members every month,“ said Brede Huser, Chief Marketing and Sales Officer.

In 2018, Norwegian Reward’s holiday campaign, the Christmas Advent Calendar, won Best Promotion, and in 2017, The Norwegian Card, a product of Bank Norwegian, was named Best Affinity Credit Card Europe & Africa at the 2017 Freddie Awards. In 2016, the program also won the Best Up-and-Coming Award and was the runner-up in the Best Airline Program of the Year Europe & Africa category.

The Freddie Awards is named after Sir Freddie Laker, the English airline entrepreneur and visionary, who has been a Norwegian tailfin hero since July 2017. 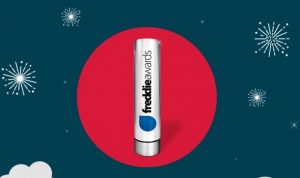 Norwegian Reward is free to join and members earn CashPoints, the program’s digital currency, every time they fly, stay at a hotel or rent a car. Redeeming CashPoints is simple and can be used like cash to pay for part or an entire ticket on any flight at any time to any of Norwegian’s destinations. Additionally, members can earn and choose a new reward every sixth flight, whether it is free baggage, free fast track, free seat reservation or a CashPoint boost, and is valid for use for up to 12 months.