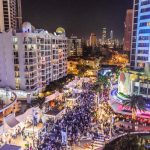 Start warming up those dancing feet and vocal chords as one of the biggest Blues festivals in the country is less than three weeks away!

One of Australia’s largest free musical festivals, Blues on Broadbeach, has announced exciting partnerships with The Star Gold Coast, Lend Lease, Oracle Boulevard, Gold Coast Airport, Griffith University, Memphis Tourism, and Yamaha.  Broadbeach Alliance could not bring this world-class and much-loved festival to life without their continued support. These partners will provide exclusive experiences for the more than 170,000 festival attendees expected to converge on Broadbeach in less than three weeks time.

Memphis Tourism is an ideal fit with Grammy nominated Memphis artistCedric Burnside performing at the festival. Memphis Tourism will be curating an outdoor gallery experience, which will showcase artwork designed to give attendees a glimpse of the true Memphis and its streetscapes. They will also give attendees the opportunity to win a holiday for two to Memphis and Mississippi. 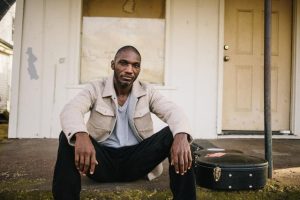 “Memphis Tourism is thrilled to once again partner with Blues on Broadbeach,”said Chris Ingram, Director Australia/New Zealand of Memphis Tourism. “As the home of blues, Memphis is the perfect match for this event, with great synergies that extend well beyond just the artists on stage. Having Cedric Burnside travel from Memphis and Mississippi for the festival this year is an added thrill and we’re looking forward to being part of another successful festival.”

The Star, Gold Coast is again a major partner of the festival and the thrilling venue where salsa-pop-flamenco superstar André Reyes formerly of Gipsy Kings will perform an exclusive ticketed show on May 18. As the home of major events on the Gold Coast, The Star will be the epicenter for pre and post-show activities during Blues on Broadbeach.

The Star Stage located in Surf Parade will host headline acts throughout the festival. During the days of the event there will be a free double decker bus operating that will take you to The Star and Pacific Fair, Queensland’s largest shopping destination. 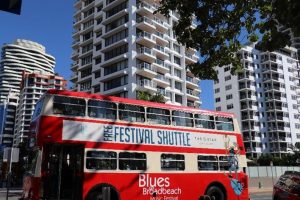 Broadbeach Alliance has introduced Lendlease as a new partner for 2019, whose latest innovation is Bernborough Ascot in Brisbane. Built for the young at heart, this over 55’s luxury lifestyle community invites people to step up, not slow down.  Reflecting the baby boomers’ independent mindset, both Blues on Broadbeach and Bernborough Ascot provide environments where people of all ages can meet like-minded people and share experiences in a lively setting.

Festival attendees can get a taste of Bernborough Ascot during Blues on Broadbeach with a pop-up neighbourhood café located in Lendlease Park where you are invited to come in, relax, watch the live music and recharge with a free cup of coffee. There is also an exciting opportunity to win a Visa debit card charged up with $1000!

Located opposite Lendlease Park is Oracle Boulevard, the thriving restaurant, bar and retail soul of Broadbeach that boasts 15 dining options, fashion, beauty retailers and a jam-packed artist program throughout the festival. This Blues on Broadbeach partner provides the perfect way for you to celebrate World Whiskey Day 2019 on May 18 and truly immerse yourself in the southern blues experience with their Whiskey Walk. From whiskey themed cocktails, pizzas and even ice-creams, this will be one festival walk you won’t want to miss! 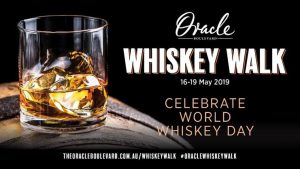 Exclusive to Blues on Broadbeach, enjoy a signature whiskey creation at a minimum of three participating Oracle Boulevard venues between May 16-19 for your chance to win a $2000 gift card for Oracle Boulevard’s dining, fashion and beauty retailers.

Partnering for the first time with Blues on Broadbeach is Gold Coast Airport, who are sponsoring The Gold Coast Airport Stage in Broadbeach Mall. In addition, festival fave and one-man-band extraordinaire Uptown Brown will perform at set times in the arrivals terminal on May 15 and 17 to provide a lively and entertaining welcome to passengers and get the party started early! 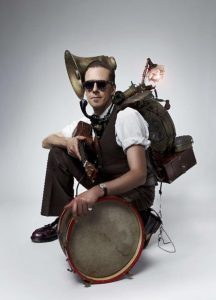 “This will be my fourth Blues on Broadbeach and I’m looking forward to it more than ever,” said Uptown Brown. “As a street performer I get to throw myself right into the thick of the festival, its four days of magic with so much on offer.”

Uptown Brown uses his unique musical machine called ‘Goodtimes Gyratorscope’ to play multiple instruments at once, and visitors flying out on May 20 will also be lucky enough to see this talented musician perform. Gold Coast Airport is the gateway to Gold Coast’s best festivals with 6.5 million passengers each year and live music in the terminal every Friday afternoon.

Griffith University is supporting the festival for the fifth time through their School Yard Blues event that fosters the talent of young musicians by giving them the opportunity to perform on stage to huge crowds. This concept has grown and in 2019, eight schools will be showcasing their talent for our pleasure with a fusion of blues, jazz, rock and classical on May 17 at 9am-1pm at Victoria Park.

One of Australia’s most well-respected brands, Yamaha Music, will again be partnering with Blues on Broadbeach in sync with their brand values of ‘Making Waves’ which reflects their dedication to sound and music with a view to create excitement and cultural inspiration together with people around the world.

They will hold an exciting competition where one lucky festival attendee will win one of their A5R series Yamaha Guitars signed by some of the 2019 Blues on Broadbeach artists!

This year’s Blues on Broadbeach on May 16-19 is set to be better than ever, with more than 70 top blues, folk, soul and rock artists performing over four days across 20 different outdoor and indoor stages in stunning Broadbeach locations.

Blues on Broadbeach is supported by the Queensland Government through Tourism and Events Queensland and features on the It’s Live! in Queensland events calendar, worth $800m to the state’s economy in 2019.

Your perfect next event is in Queensland, where live events combine with the most incredible destinations, and life is beautiful one day, perfect the next.