Bites and Stings: The Price of SummerFees halved by Australia’s only travel advisory program for small ship cruisingIT&CM Asia and CTW Asia-Pacific Returns To BangkokHats off! Aussie headwear brand, ooGee, releases crush-resistant range of stylish, travel-friendly hatsHow increased web conversion of their paid traffic by 31% in 2 monthsP&O Cruises Australia’s Historic Encounter in Trieste, ItalyEscape this year at Sir Richard Branson’s luxury mountain chaletInternational tourists back, but rebuild will take timeTravel tech: What is it? How is it changing the world?Travel Industry Bouncing Back:
TAT sponsoring Most Extreme Cyclist on Earth in his Thailand journey - Global Travel Media

TAT sponsoring Most Extreme Cyclist on Earth in his Thailand journey

The Tourism Authority of Thailand (TAT) is proud to be sponsoring Australian cyclist Jack Thompson on his 14-day bicycle journey through Thailand to promote the country as a cycling destination. 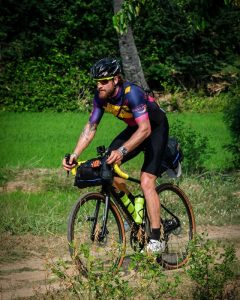 The Perth-based Thompson is currently halfway through his 12-29 April trip, which also sees Thai Airways International as a co-sponsor. He has been pedalling a total distance of 1,380 Km from Bangkok around the Gulf of Thailand to Prachuap Khiri Khan, Chumphon, Surat Thani and Nakhon Si Thammarat and then across the peninsula to Krabi and Phuket.

Mr. Yuthasak Supasorn, TAT Governor, said: “Cycling has emerged as an interesting way of travel that enables avid cyclists and repeat tourists who are looking for another way to experience the kingdom. This offers them to closely engage with the locals, unique culture and welcoming hospitality. Also, the rising healthy trend these days has attracted an increasing number of people to cycle as an optional mode of travelling.”

Three years ago, Thompson began pursuing his passion for ultra-distance cycling and exploration of the world on two wheels and has been recognised by the media as ‘The Most Extreme Cyclist on Earth.’ He embarks on adventures in remote destinations around the world with various tourism boards engaging him to promote cycling in their countries. 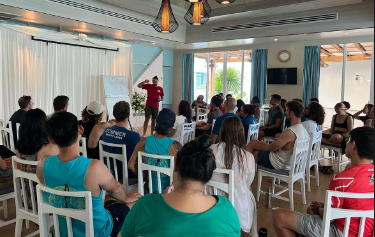 Thailand imposes a ban on single-use plastic in national parks