Taylor Swift’s surprise single, ME! featuring Brendon Urie of Panic! at the Disco, is finally out and available to stream on Spotify. The new single showcases Swift’s trademark skills as one of her generation’s most gifted songwriters. 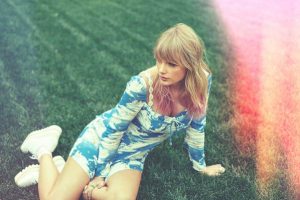 In contrast to all things “Reputation,” Taylor has been posting dreamy, colorful, and light imagery on her social channels since April 13. In celebration of tonight’s exciting new single release, Spotify has taken a look at data surrounding the loyal listening habits of Swifties around the world, from “I Don’t Wanna Live Forever” being her top streamed song on Spotify, to Quezon City, Philippines being the top city in the world that streams her music on Spotify.

Taylor has been utilizing creative Spotify Canvas videos to give fans clues for this release, specifically highlighting the “4.26” launch date. The new visual Canvas videos will give fans an even closer look into her creative vision for ME! and will play simultaneously with the track, as well as on the entirety of her music catalog on Spotify.

You can find exclusive images here that we hope you can use, along with Spotify data in any coverage you are planning.

This Is Taylor Swift