An all-star global concert in Melbourne on Tuesday (April 30) featuring many of the world’s greatest jazz musicians and streamed to a worldwide audience of millions will be the focal point of Carnival Corporation’s sponsorship of this year’s International Jazz Day. 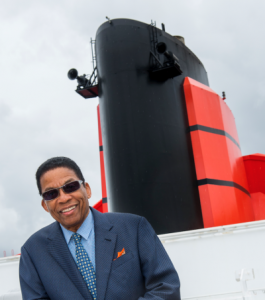 Webcast via YouTube, Facebook, the United Nations and UNESCO from Melbourne’s Hamer Hall, the concert features more than 30 world-renowned artists including the legendary master of modern jazz and UNESCO Goodwill Ambassador, Herbie Hancock, and Australia’s acclaimed trumpeter James Morrison. Both will also serve as artistic co-directors.

Carnival Corporation’s sponsorship of 2019 International Jazz Day hits a perfect note with many jazz musicians having graced the stages of the organisation’s worldwide cruise ship fleet.

Highlighting the popularity of jazz around the world, International Jazz Day is celebrated in more than 190 countries. This year’s program is being launched and focused on Australia with a wide range of jazz performances, education programs and community service initiatives on the day and in the week leading up to it.

As part of its sponsorship, Carnival Corporation is hosting many of its travel partners at various International Jazz Day events in Sydney and Melbourne, including a reception hosted by Carnival Australia Chairman Ann Sherry with Herbie Hancock as a special guest in the Sydney Opera House on Friday (April 26).

“Music is essential to the entertainment programs we feature on all of our ships and we pride ourselves on the number of musicians that we employ around the world.”

“On behalf of the worldwide jazz community, I would like to thank Carnival Corporation for their support of International Jazz Day over the years. Carnival is to be commended for their commitment to live music and the many musicians they employ year round across their fleet. I had the pleasure of performing on the Queen Mary 2 a few years ago and that cruise across the Atlantic was one of the highlights of my life.”

Established by the General Conference of UNESCO in 2011 at the initiative of UNESCO Goodwill Ambassador Herbie Hancock, and recognised by the United Nations General Assembly, International Jazz Day brings together countries and communities to celebrate the art of jazz, highlighting its important role in encouraging dialogue, combating discrimination and promoting human dignity.

How Crystal Cruises stacked up in the luxury cruise market