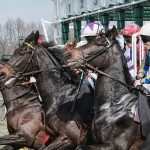 Australia loves horse-racing, this much we know. Thoroughbred horse-racing is without a doubt one of the most popular pastimes on the continent, drawing millions of fans to the tracks and seeing billions of dollars in wagers every single year. Something you might not know is that Australia has more racecourses than any other nation in the world. So with such abundant options for enjoying the venerable sport, how do you know which races are worth taking the time off work for? Here’s a collection of some of the best annual events in Australian horse-racing.

As a 2000m race named after the iconic Monarch, this race is held every year at Randwick Racecourse, and is venerable as it’s namesake. Starting in the 1850’s, this has been one of the most popular events in the Australian horse-racing calendar for over 150 years. As of 2014, the prize money stands at a whopping $4 million, ensuring these stakes attract some of the finest horses, trainers and jockeys in the world. 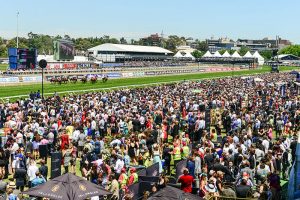 Photo by Chris Phutully/ CC BY 2.0

Caption: The race that stops a nation, viewed from the Myer Marquee.

Without a doubt the biggest event of the year, the Melbourne Cup is held annually at the Felmington Racecourse in (you guessed it) Melbourne. Slightly longer than your average race at 3200 metres, the Cup is affectionately known as “the race that stops a nation”, and this is by no means overselling it. The race is usually attended by over 100,000 people, all dressed to the nines, and televised world-wide to a further 650 million. With the level of engagement this race sees every year, it’s no wonder the prize money is so large at $7.5 million.

The BMW is a three year-old thoroughbred race and run over 2,400 metres. It’s not quite as large as some of the others listed here but it usually provides great entertainment in the run up to the Queen Elizabeth Stakes. This year the race was effortlessly won by odds-on-favourite Avilius, netting rider James McDonald a healthy $1.5 million.

A massively enjoyable racing event for two year old Thoroughbreds in set weight conditions, the Slipper Stakes are held around mid-April at the Rosehill Gardens Racecourse in Sydney, and the race is run over 1,200m. The winner can expect to receive a purse of $3.5 million, the largest prize available for two year old thoroughbreds in the world. 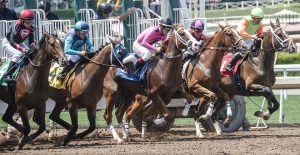 Caption: Thoroughbred horse racing is by far the most popular pastime in Australia after Australian football and rugby league.

Australia’s richest weight-for-age race with a prize of $5 million, the W.S. Cox Plate is usually held in late October. Run over 2040 metres at Moonee Valley, the W.S. Cox Plate is another thoroughbred race and effectively a testing ground for the Melbourne Cup. Restricted to a field of 14, the competing horses are the best around, making this a definite do-not-miss.