Opera Australia’s first musical on the Handa Opera on Sydney Harbour stage has proved to be a smash hit, blowing all previous box office records out of the water. Critically acclaimed as one of the best harbour productions to date and lauded as an experience unlike any on offer anywhere else in the world, West Side Story is now confirmed as the most successful production to hit the over-water stage in the event’s eight year history. 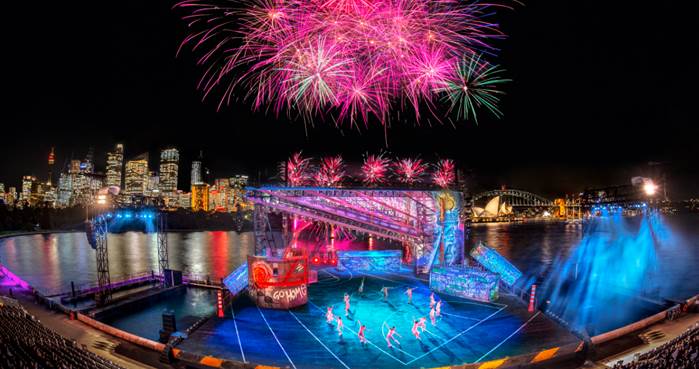 Drawing a record number of visitors from around Australia and from overseas, more than 65,000 people watched this one-of-a-kind retelling of the legendary Broadway musical, which surpasses the previous record held by Aida on the Harbour in 2015.

The unprecedented rise in attendance for the 2019 event shows that the decision to stage a musical on the over-water stage has been a resounding success. With 56% of the audience reported as seeing an Opera Australia event for the first time, West Side Story on Sydney Harbour has allowed Opera Australia to present one of its world-class productions to a wider audience. More than six hundred people also accessed tickets to the performance for the first time via the revolutionary TodayTix app, which launched its first ‘mobile Rush’ in Sydney with $45 tickets to West Side Story on Sydney Harbour, with all rush tickets generally selling within 2 seconds of going on sale.

Opera Australia CEO Rory Jeffes is delighted with the record-breaking success of the 2019 production.
“Opera Australia has delivered another hugely successful Handa Opera on Sydney Harbour season – the most successful yet – and we’re so pleased that we’ve been able to welcome more people than ever to this unforgettable world-class event.”

“Each year always exceeds our expectations, but West Side Story has really knocked it out of the park on all levels. We knew it would be a hit, but to see such a strong response like we’ve never had before is just brilliant.” said Terracini.

“I would also like to extend a sincere thanks to Dr Haruhisa Handa and the International Foundation for Arts and Culture whose ongoing support promotes cultural exchange and conversation, nurtures gifted artists and creative talent, and promotes opera to a diverse and international audience in a truly unique undertaking.”

Minister for Jobs, Investment, Tourism and Western Sydney Stuart Ayres said it’s no surprise Handa Opera on Sydney Harbour has been such a hit with audiences once again.

“The NSW Government through its tourism and major events agency Destination NSW is proud to have supported this phenomenal event since its inception in 2012. It boasts all the elements that make for an unforgettable performance – fantastic singing and dancing, dazzling costumes and sets, and spectacular fireworks set against the iconic Sydney Harbour backdrop,” Mr Ayres said.

“Handa Opera on Sydney Harbour has attracted thousands of visitors from all over the globe every year. From 2012 to 2018, this has included over 74,000 overnight visitors who have generated $66 million in visitor spend for NSW.”

With a growing international reputation as a must-see event, Handa Opera on Sydney Harbour has attracted almost 400,000 attendees from around Australia and across the globe over the past eight years, firmly cementing its place as a ‘signature’ not-to-be-missed event in Sydney.

Details of Opera Australia’s 2020 Season, including Handa Opera on Sydney Harbour will be announced later this year.

Handa Opera on Sydney Harbour is supported by the NSW Government via its tourism and major events agency Destination NSW and Dr Haruhisa Handa through the International Foundation for Arts and Culture.

Spend a day at Darling Harbour and lose yourself in China

Calling All Superhero Pups! Dogs’ Day Out Returns to Close Out Floriade 2018