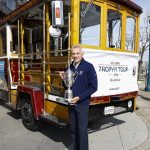 The 119th US Open Championship will be played from June 13-16 at Pebble Beach Golf Links in California.

An iconic figure in sports, Montana is a Bay Area legend, having spent 14 seasons with the San Francisco 49ers, winning four Super Bowls while earning Most Valuable Player honours in three of those victories.

Widely regarded as one of the greatest quarterbacks in the history of the game, two-time NFL MVP Montana is the franchise’s all-time leader in both passing yards and touchdown passes. Montana’s No 16 jersey was retired by the 49ers in 1997, and he was inducted into the Pro Football Hall of Fame in 2000.

“Bay Area fans love their champions. They live for the excitement and joy of major sporting events, and there is no bigger event in golf than the US Open,” said Montana. “I am excited that our area is hosting the most complete test of golf and look forward to being at Pebble Beach in June to watch the best players in the game compete on one of the most spectacular venues in the world.”

In addition to his success on the gridiron, Montana is also a passionate golfer, having spent his youth as a caddie at his local course in Pennsylvania. He has also hosted and participated in numerous golf events supporting a variety of causes throughout the Bay Area. 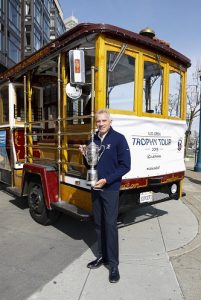 “Joe’s love for golf combined with his prominence in the Bay Area and across the country make him a perfect fit for the role of honorary ambassador,” said John Bodenhamer, Senior Managing Director, Championships. “We are delighted to welcome Joe to the USGA team as we prepare for the 119th US Open at Pebble Beach.”

When Pebble Beach hosts its sixth US Open, Brooks Koepka will be looking to become only the second three-peat champion after Willie Anderson (1903-1905).