All the restaurants have agreed not to source or serve seafood that is red-listed as “Say No” in Australia’s Sustainable Seafood Guide – an independent scientific analysis of seafood production researched and published by AMCS. 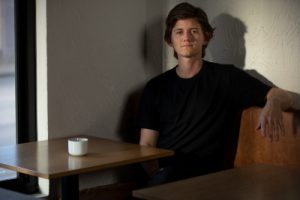 Chef and GoodFish manager Sascha Rust said: “Chefs have an incredible ability to talk to people through food. We are trusted guides for society on how we eat and what we eat.

“Chefs that are coming onboard with GoodFish are sending a very clear message. This community does not want to support practices that are damaging our oceans and putting the long-term sustainability of the oceans and food they love at risk. Instead, they want to be able to celebrate great seafood that’s sustainable.”

Shewry’s restaurant Attica was ranked 20th in “The World’s 50 Best Restaurants” awards for 2018 – the only Australian restaurant to make the list, independently judged by chefs, restaurateurs and critics.

Shewry said he was “absolutely thrilled and honoured” to be asked to be the GoodFish ambassador having first started using Australia’s Sustainable Seafood Guide some 10 years ago to guide his sourcing.

He said: “The GoodFish project aims to build a community of chefs in Australia to come together to work on this problem. We have a moral responsibility. We need to understand the ingredients that we are cooking with, and no more so than what comes from the oceans.”

“In my position as a chef, I have a big influence on what people eat and what other people cook because our restaurant is well known. If I don’t have have what I would call a clean menu – if I don’t have best practice, the most sustainable menu I can have in terms of shellfish and seafood – then I am contributing to the problem.”

Rust added: “Our aim here is to bring together a strong community of voices to protect our oceans so they can continue to provide joy, and food, for generations to come.”

Australia’s Sustainable Seafood Guide, which celebrates its 15th birthday in 2019, covers some 92 per cent of all the seafood consumed by Australians, including locally-produced and imported species.

The guide has three colour-coded classifications, where consumers and chefs are advised on green-listed “Better Choice” species, and to “Say No” to red-listed species and “Eat Less” from an amber list.

Adrian Meder, AMCS Sustainable Seafood Program Manager, said the guide assesses fisheries and aquaculture operators on a range of practices, such as the stock status of the species, the methods used to catch or farm them, and impacts on other marine wildlife and habitats.

He said: “Chefs are real arbiters of our seafood choices and the best chefs are closely connected to the supply chains from the ocean to the plate. That so many of them are now using Australia’s Sustainable Seafood Guide to make sure their customers get the best seafood choices is not just a testament to the guide, but to them as guardians of the future of food.”

The guide assesses some 160 wild caught and farmed fish choices covering more than 92 per cent of the seafood consumed by Australians. Some 50 fish choices are green-listed, 53 are amber and 57 are coded red for “Say No”.

Because Australia’s Sustainable Seafood Guide is fully independent of government and industry, Meder said it remains the most used and trusted source of information for the seafood-loving Australian public.

The Best of The District Grill Room & Bar