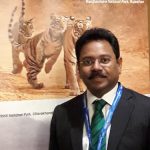 India Tourism has co-opted a popular TV celebrity and a well-known long distance runner to promote their Incredible India theme at a roadshow in Sydney earlier this week.

Married at First Sight’s Cam Merchant and mercurial runner, politician and all round good bloke Pat Farmer have been appointed to laud the praises of India as a destination.

Merchant was MC at the 150 strong Sydney gathering made up of Agents, Sellers and Media although admitting he had little experience in this area.

A delegation of more than 20 tour operators/sellers attended the Roadshows during B2B meetings at both Sydney and Melbourne functions showcasing India’s diverse products and services.

Visitation from Australia is number three behind China and the US and the outlook is very promising according to Suman Billa, Joint Secretary, Ministry of Tourism and Government of India. 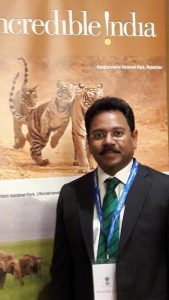 The World Travel and Tourism Council has ranked India at third place in Power Rankings up from seventh place in 2017 to third last year. 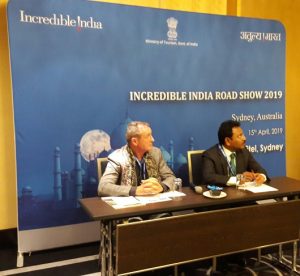 Mr Billa said the Government is aware that the Visa requirements might be difficult for older travellers and they are currently discussing making the application more user friendly.

The eVisa is available to nationals of 167 countries including Australia, valid for entry through 25 dedicated airports and five seaports. On the collapse of Jet Airways Mr Billa said he hoped the airline could find a suitor to bail them out.

For safety and security India has a Toll-Free-Multi Lingual Helpline in 12 languages and is available Toll Free 1800111363 and the code 1363 when dialling in India. 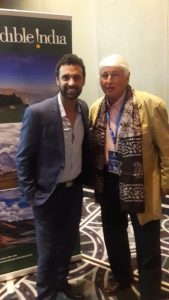 TV’s Cam Merchant with your correspondent

Written by John Savage who has just returned from India and can vouch for the popularity of the destination.

New Deals From Your Travel Club