QF Flights From Australia Direct To FCO Take OffOakwood Premier Melbourne Confirming Its Luxury StatusLongreach Now One Of Australia’s Largest Cruising PortsBeyond Times Square Presents Luxury History Tours in BostonExperts Warn Travellers to Be Vigilant of ScamsSydney is One of the Best Cities for Baby-Boomers to Live in and VisitNEW 15-Day Tour of the Galapagos, Amazon & AndesTravel & tourism deal activity registers marginal growth of 1.4% in May 2022,Qantas To Expand PER Gateway With Flights To JNB And JKTViking Marks Float Out Of Newest Ocean Ship
Complex Aussie visas ‘make visitors defect to Canada’ - Global Travel Media 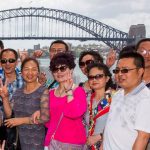 Lengthy processing times for Australian visas are proving such an impediment to tourism that one group of 700 people from Asia gave up and went to Canada instead, according to a leading Australian tourism industry group.

Visitors from those two countries are suffering such delays that it’s affecting Australia’s desirability as a holiday destination, ATEC says.

ATEC has urged both of Australia’s major political parties to commit to taking policy action on the visa issues it says are affecting Australia’s reputation as an accessible destination. ATEC says continual increases in visa costs, such as in last week’s federal budget, hit both tourism and working holiday maker visas.

“ATEC is baffled by the recent budget announcement, increasing the cost of the Working Holiday Maker (WHM) visa, which went up by more than 5.4% in last week’s budget, while at the same time funding marketing campaigns to ‘reinvigorate’ this market,” ATEC managing director, Peter Shelley said.

“Working holiday makers are one of our highest yielding visitors who travel extensively in regional Australia both spending and working in these communities.

“This is a price sensitive market and with these visas increasing by around AUD 35, it seems we are encouraging on one hand and discouraging on the other.”

Shelley said the situation in India has become so dire that numerous international wholesalers now refusing to actively sell Australia due to the length of time it takes to process a visa to Australia. 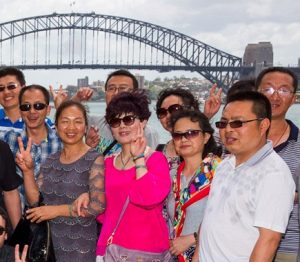 “There is a failure to recognise the massive commercial knock-on effects of visa delays and it’s quite common for large groups planning a trip to Australia to collectively change their destination plans if just one traveller’s visa is held up.

“ATEC has been briefed on a recent case where a group of 700 professionals from India cancelled their trip and went to Canada because Australia’s visa issues were too challenging.

“Previously, our Home Affairs department had a policy of liaising with key travel distribution partners to create visa processing efficiencies, but this is no longer the case and we are now seeing bottlenecks of up to 40 days in processing.

“In China, the ADS visa has been long-lauded as a system which guaranteed speedy processing in return for compliance with a number of criteria but we now hear what was once a 48-hour ADS processing time has ballooned to more than a week.

“Even more concerning is the tourist visa (sub-class 600) for Chinese visitors is taking upwards of 4 weeks to be processed.

“Once upon a time, Australia was a global leader in visa policy and now we are seeing competing destinations not only out-performing us, but stealing market share –  this is just not good enough for an industry worth more than AUD 44 billion in export revenue.”

A recent survey undertaken by ATEC showed the annual cost to business directly attributable to visa challenges can be as high as AUD 250,000 for an Australian inbound tourism agency which arranged all travel requirements for international visitors.  ATEC says that figure doesn’t include knock-on effects to accommodation providers, tour operators, experiences, and the businesses which supply goods and services to those operators.

“The opportunity cost to Australia thanks to poor visa policy is without doubt in the millions, and there appears to be a genuine government apathy in considering reforms that could deliver short term gains,” Shelley said.

“ATEC is committed to working with government to activate real solutions that drive growth, minimise risk and re-establish Australia as a welcoming international destination.

“All we request is that Australia’s tourism visa policy and resourcing is competitive – at the moment it’s not and this is damaging Australia’s global reputation.

“We want to see visa processing systems that are intuitive, language-enabled and interfaced with other data sources to enable a fast, seamless and user-friendly visa application experience.”

The Glasgow Declaration: An urgent global call for commitment to a decade of climate action in tourism

JOHN ROZENTALS declares a love for tempranillo … and reckons the red variety is established enough here to be regarded as mainsteam.