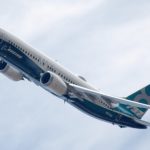 Garuda Indonesia, which has just one Boeing 737 MAX 8 aircraft in its fleet, has scrapped a USD 5 billion order for another 49 of the planes – and that may be just the start of Boeing’s problems arising from the new plane.

The 737 MAX fleet has been grounded worldwide after disturbing similarities emerged between two fatal crashes involving the planes: the recent crash of Ethiopian Airlines flight ET 302 and the October 2018 crash of Lion Air flight JT 610.

The 737 MAX has been Boeing’s fastest-selling aircraft, with more than 5000 sold.

On Friday, Indonesian carrier Garuda became the first airline to announce it would cancel its order for the 737 Max. Garuda blamed a perceived pubic lack of trust and confidence in a jet which has crashed twice in five months with the loss of 346 lives. The order is said to be worth USD 4.9 billion (nearly AUD 7 billion).

The Garuda move raises immediate questions about the fate of Virgin Australia’s order for 30 of the planes. No airline operates 737 MAX aircraft in Australia, but Virgin Australia has ordered 30 of them and is due to take delivery of the first later this year.

Virgin Australia issued the following statement some days ago:

Virgin Australia will not introduce any new aircraft to the fleet unless we are completely satisfied with its safety.

There are currently no Boeing 737 MAX 8 aircraft in our fleet.

We are closely monitoring the situation and will continue to work with Boeing, CASA, and other relevant authorities as more information becomes available.

Lion Air has also said it is considering cancelling an order for the plane, the Guardian reported.

In Canada, Montreal-based WestJet said it would stick with deliveries of 737 MAX aircraft once regulators approve the plane for re-entry into service. WestJet, a major operator of the model, forecast last month that its fleet would include 36 MAX 8s by the end of this year and 50 by the end of 2020. 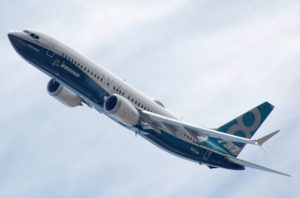 Whether Boeing is responsible, and if so, how much – will be up to courts to decide.

Boeing is making software upgrades that it expects to be approved by the US Federal Aviation Administration (FAA) in coming weeks.

American Airlines, which has 24 737 MAX planes in its fleet, says it has confidence in the planes after operating almost 18,000 flights.

Airlines Supported By WHO And Consumers To Face Omicron

Ryanair fires all crew who spent night on airport floor