CruiseAway Takes out ‘Cruise Consultant of the Year’ at the 2019 Annual Cruise Industry Awards. 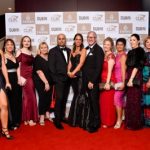 The top achievers of the Australasian cruising world have been named at the 2019 Annual Cruise Industry Awards which attracted more than 500 guests to Sydney’s Star Event Centre on Saturday night.

With a career spanning more than 27 years in the cruising industry and almost eight of those with CruiseAway, Ms Chapman says that she is both honoured and overwhelmed with the accolade.

“I am extremely fortunate to work with a fantastic team of industry experts who provide me with continuous support” Ms Chapman said. 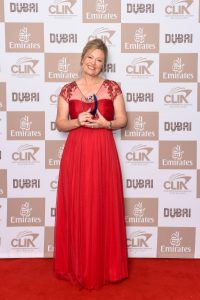 “After many years working in the industry I have developed a genuine love of cruising and believe this has been key to my success”.

CruiseAway was also nominated as a finalist for ‘Best Online Cruise Agency’ and Managing Director Alastair Fernie said, “for CruiseAway to be nominated for the first time in its 19-year history is an accolade in itself”.

A total of 20 honours were presented in an evening hosted by actor and singer Tim Campbell, including awards for travel agencies and individuals from across both Australia and New Zealand.