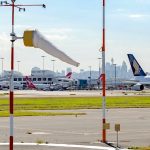 The Productivity Commission report on economic regulation of airports has drawn fire from Qantas and unions alike, with Qantas calling the findings too expensive for travellers and the Transport Workers’ Union (TWU) warning of potential airport disruption as aviation workers prepare to serve a claim to make airports “account for low pay and conditions”.

Qantas called Productivity Commission report disappointing, saying it “essentially endorses Australia’s airports to remain some of the most expensive in the world. That means the travelling public will continue to pay more at every stage of their journey, whether it’s car parking, taxis or airport landing fees”.

“The travelling public will be surprised by the finding that airport parking prices aren’t excessive,” Qantas remarked pointedly. Many travellers find the parking prices outrageous.

The TWU claim will demand:

The TWU launched its claim when it found the Productivity Commission draft report on economic regulation of airports had ignored TWU calls for airports to be held responsible for poor labour rights.

“The Productivity Commission report lets airports off the hook over the biggest disgrace going on in aviation at the moment, and that is the manner in which jobs have been downgraded to the point that passenger safety and security is being threatened,” TWU national secretary Michael Kaine declared.

“Airports at the top of the supply chain make hefty profits by squeezing companies which operate at them. This in turn results in workers forced onto the poverty line because of low rates and forced part-time work. This impacts on safety and security because of the high turnover of staff and chronic fatigue because of split shifts.

“At the moment we have aviation employees working side by side on vastly different rates and conditions. We have workers on as few as 60 hours per month with the potential for getting more hours entirely at the discretion of the employer. We have high injury rates among staff and far too many instances of safety and security breaches.

“This claim will help lift standards across the aviation industry and ensure fairness and safety are the priority, not profits and big executive bonuses.”

The TWU has for several years protested againt conditions endured by airport workers that it describes as appalling. It has slammed ground handling company Aerocare Swissport over workers forced to sleep at the airports “because of low rates and split shifts which see workers forced to stay at the airport for over 15 hours a day while being paid for just six hours”. 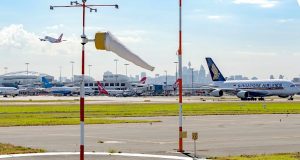 Quantum of the Seas Singapore season extended until June 2021

Are Investors Interested in Investing in Resorts and Real Estate in the Maldives?