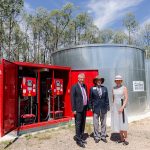 Firefighting infrastructure installed at Copeton Waters and Lake Keepit, as part of a wider park improvement focus across the nine inland parks managed by the Reflections Holiday Parks Group, has seen investments for these parks reach more than $17 million.

The completion of this infrastructure marks an important safety milestone for these inland parks which was celebrated at official openings at Copeton Waters and Lake Keepit this week.

The installation of firefighting infrastructure at Copeton Waters and Lake Keepit is part of a $17.1 million spend on inland park improvements, which has been substantially funded by the NSW Government’s Crown Reserves Improvement Fund Program (CRIFP).  Fire, sewage, water and electrical infrastructure upgrades have been the focus of this significant investment by the Reflections Holiday Parks Group. 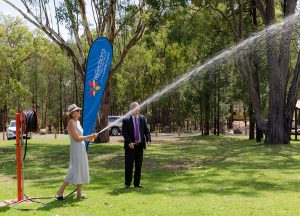 “The completion of infrastructure upgrades and ensuring our inland parks are safe and compliant to Australian Standards is an exciting achievement which shows our commitment to our guests, visitors, staff and local communities in which we operate,” Mr Edmonds said.

“With scorching Australian summers and the ever-present threat of fire under these conditions, we are proud to have Bushfire Emergency Plans in place across all of our inland parks and upgraded fire reticulation infrastructure being installed.

The latest parks to see the benefits of the fire-compliance infrastructure include:

The upgrades to fire infrastructure have included the implementation of Bushfire Management Plans and installations of fully-operational firefighting systems with water supply tanks that hold enough water to fill five backyard swimming pools.  The failsafe system includes two alarmed tanks and pumps which can be operated in the event of extended power loss. 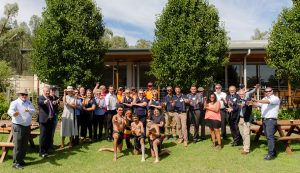 Mr Edmonds said the four latest parks to receive the firefighting infrastructure saw 26,500 meters of underground pipe installed, which is the length of 264 football fields laid end to end.  “Our inland parks cover a wide expanse and bushfires can wreak devastation in an incredibly short space of time, so we felt this project was of top priority.”

Copeton Waters Manager Paul Irwin, who until recently had been managing the park at Lake Keepit, said the parks had made tremendous strides forward since 2014.

“The program of improvements and upgrades across the inland parks have made a real difference to the quality of experience we can offer,” Mr Irwin said.

Reflections Holiday Parks Chair Wendy Machin said the upgrade of fire, sewage, water and electrical upgrades have built a strong foundation on which the inland parks’ guest offering could grow.

“Prior to 2014 many of our inland parks did not even have potable water to Australian Standards,” Ms Machin said.  “Now, our Water Treatment Plants have completely transformed the guest experience in that area.”

4 European University Towns to Retire to for as little as $20,160 a year—International Living Australia