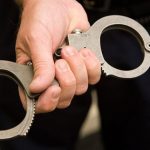 The Australian Federal Police (AFP) allege that the man, who was travelling to Australia on a student visa, indecently assaulted two female cabin crew members.  He was restrained by crew and passengers and handcuffed for the remainder of the flight.

AFP and Australian Border Force (ABF) officers boarded the plane on its arrival into Adelaide to escort the man off the flight where he was later arrested and charged following interviews with witnesses.

AFP state manager South Australia, commander Peter Sykora, said any form of serious criminal behaviour on board an airline would be subject to the full force of the law.

“No one should be subjected to abusive acts in the course of carrying out their job as we will allege happened to these female cabin crew members,” Sykora said.

“This should serve as a reminder to the community that authorities will not tolerate abhorrent behaviour, whether it’s in the air or on the ground.  The penalties can be severe.” 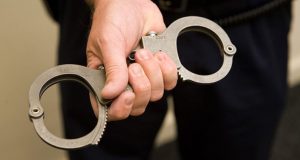 The man was remanded in custody overnight. He appeared before the Adelaide Magistrate’s Court on Friday, 18 January, for a bail hearing. Bail was refused.

Canada’s Toronto Star newspaper quoted an Adelaide Advertiser report that cited a Cathay Pacific memo saying the airline would not tolerate “any unruly behaviour that puts our people or our passengers in harm’s way”.

The man’s lawyer reportedly sought bail for his client, telling the court the accused had accommodation arranged before his arrival in Adelaide. The man was studying law and had a four-year student visa to Australia.

At the court appearance, the magistrate ordered a psychiatric assessment and remanded the man in custody, prosecutors having opposed bail.