Rio will look for criminals by facial recognition

The search for criminals through cameras with facial recognition program, which is already a reality in several countries, begins to be implanted in Rio de Janeiro. A partnership between the Disque Denuncia (Crime Report Hotline) service and the British company Staff of Technology Solutions will allow around 1.1 thousand of the state’s most dangerous criminals to be automatically recognized when they pass through one of the cameras that make up the system called Facewatch. 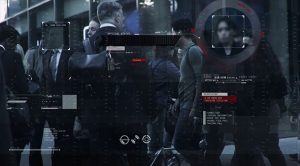 With this, authorities closer to the location will be activated and will monitor the criminal until the possibility of their arrest in the safest way possible. “We from Disque Denuncia are supposed to provide the database, with the images of wanted and dangerous criminals, main targets of Rio de Janeiro. This information will be used on the cameras to do facial recognition. If one of those wanted enters a place that is monitored, they can be identified”, explains Disque Denúncia´s coordinator, Zeca Borges to Agência Brasil.

The head of operations at the British company’s subsidiary in Rio, Matheus Torres, explained that facial recognition technology is aimed at public and private security. According to him, Facewatch has been used for seven years in the United Kingdom, being approved by the main British security agencies in more than 30 thousand cameras scattered throughout the country. “The system is used as a public security tool. The UK police use it in street cameras and private cameras”, Torres says, adding that the system is also in use in China.

In Rio, there are already recognition cameras in three shopping malls in the capital, as well as commercial buildings. Recently, a trafficker sought by Disque Denúncia was recognized and imprisoned in a mall through the system, which alerted security forces, that detained him, without offering resistance.