Thirteen new Properties have joined Relais & Châteaux, four of which will open in 2019.

In the past, an establishment could only qualify for Relais & Châteaux membership after it had been open for several years.

Each of these Properties embodies the values of the association: being committed to preserving local heritage and the environment while offering unique experiences and top-quality services in exceptional settings. From walking in Mark Twain’s footsteps in Bermuda (Caribbean) to tasting the history of the Mornington Peninsula through cuisine served in Melbourne (Australia) to the return of the Alajmo brothers in Italy, Relais & Châteaux unveils its thirteen newest members, all with singular and inspiring histories to share. Tucked away in Marrakech’s Palmeraie, surrounded by lush greenery across 3,000 square metres dotted with hundreds of roses in bloom, is an uncommon holiday resort: Palais Ronsard stands proudly behind a majestic facade of 1930s inspiration. Immense spaces, décor in both contemporary and traditional materials, wall frescoes and custom-made furniture blending Baroque, neo-Moorish and even Art Deco inspirations create an oasis of tranquil refinement. The Palais has twenty-two suites and six rooms in pavilions with gardens and pools, all in intimate harmony with the luxuriant surroundings. Shaded lanes meander beside shimmering waters as waterfalls whisper and murmur nearby. The restaurant reinterprets Moroccan dishes with a light and delicate touch for an entrancing dining experience. For lunch, the Palais offers guest seating in the kitchen garden for a repast accompanied by birdsong. Palais Ronsard is also an art showcase, hosting artist exhibitions and performances. The call of wide open spaces

In wild, imposing natural surroundings, the owners of Blackberry Farm have opened an establishment that prioritises overall wellness, outdoor adventure and inner serenity. Rooms take the form of cabins and cottages designed with nature in mind, places to unplug from the world and reconnect with oneself. The hotel’s two restaurants (Firetower and Three Sisters) both have sublime views and serve the creations of Chef Josh Feathers, who uses healthy ingredients and combines local flavours and culinary techniques. The Property also has an incomparable underground spa offering Ayurvedic treatments. A five-minute walk from the capital and a short distance from the beach, the Rosedon Hotel has made its home in a listed house of archetypal Bermudian style. Each of the forty rooms decorated by artist Lee K. Petty has its own unique style. For seventy years, the tropical garden has been home to gigantic bird of paradise plants, banana trees, hibiscus and frangipani. Leisure activities are available in abundance, from golf to boat outings to traditional, English-style afternoon tea. The Huckleberry Restaurant, named as homage to author Mark Twain, who loved Bermuda, is renowned for its steamed mussels and the gluten-free menus Chef Matthew Weber prepares upon request. Founded in 1981 by two culinary enthusiasts, Erminio Alajmo and his wife Rita Chimetto, Le Calandre is now run by Raf and Max, their two sons. Massimiliano (Max) Alajmo, after honing his skills in the kitchens of Alfredo Chiocchetti, Marc Veyrat and Michel Guerard, became chef at Le Calandre in 1994. Nine years later, he was awarded three stars by the Michelin Guide. The Alajmo family’s emblematic restaurant is a worthy, wondrous establishment serving extremely creative cuisine. The Ristorante Quadri, another Alajmo Group property, is in one of Venice’s most beautiful old cafés with a matchless view of Piazza San Marco. In the poetic interior décor by Philippe Starck, the authentic Venetian cuisine by Silvio Giavedoni enjoys a modern touch, all served in a setting given new life by magicians of style and taste. Built in 1874 in the historic city centre and boasting a sea view, the Hotel Plaza e de Russie was the first hotel to open for business in Viareggio. It once hosted members of the Russian nobility, who spent their holidays on the beaches of Versilia. From the crystal-clear waters of Elba Island to Cinque Terre and the surrounding medieval villages, visitors can make the most of this idyllic location to explore a captivating region in a minimum of time. The hotel, with Murano chandeliers and antique furniture as décor, has forty-four elegant guest rooms and a restaurant with a panoramic view (Lunasia, with one Michelin star). Chef Luca Landi’s gourmet Mediterranean cuisine gives pride of place to seafood and local, in-season ingredients.

Travelling back in time The Château de Drudas in the country’s Occitanie region is a listed historic monument occupying an 18th-century residence. Owners Jean and Françoise Rossi have completely renovated the building in keeping with the style of that era. Stucco, ornamentation, friezes, frescoes, parquet floors and precious wall hangings give the place inimitable charm. The castle has twenty-three rooms, including six duplex suites, and a spa offering a choice of Californian, Ayurvedic or Swedish massages and even Hawaiian lomilomi. Michelin-starred Chef Éric Sampietro creates a gourmet menu that places priority on plants.

The charm of the English countryside Grantley Hall, located near Fountains Abbey in North Yorkshire, a UNESCO World Heritage site, is a distinctly different luxury hotel and wellness retreat, set against the stunning backdrop of the Yorkshire Dales. Built in 1680 and surrounded by beautiful landscaped grounds, Grantley Hall features 47 exquisite rooms and suites with Lalique toiletries, a tranquil spa with indoor swimming pool and extensive wellness facilities. The property has a diverse range of restaurants, from fine dining to modern British to pan-Asian, creating an endless variety of delicious moments for guests to savour. Owner Valeria Sykes is passionate about restoring the Grade II* listed mansion house back to its original splendour and making the most of all the wonderful produce and resources available in her native Yorkshire.

Cuisine of forest and field The castle was built in the mid-13th century by the Bishop of Roskilde. Though renovated in the 20th century, Dragsholm Slot is one of the oldest castles in Denmark. Geopark Odsherred, which surrounds Dragsholm Castle, was the first of its kind in Denmark to be designated as an internationally recognised Geopark in 2014 in the Global Geoparks Network under UNESCO. It now has thirty-four guest rooms, two restaurants and a church. A superb herb garden dating back to the castle’s earliest days, as well as fertile fields surrounding the property, give Chef Claus Henriksen the freedom to create his eco-friendly cuisine that changes with the seasons. Inside the castle and nearby, guests can enjoy a wide range of activities, from wine tastings and guided forest walks to flower-arranging workshops. The Purist Villas & Spa, surrounded by rice fields and lush vegetation, instantly inspire feelings of serenity and harmony. All the guest rooms, arranged in villas, are elegantly decorated with natural materials and local artwork from the personal collection of owners Yvonne Hulst and Alberto Cortes. Ubud, celebrated for its medicinal plants and herbs, is a place unlike any other. The hotel’s restaurant, Café Balisimo, is overseen by Chef I Wayan Putu, who cooks up nutritious, season-specific menus crafted with the region’s best and freshest ingredients. The spa offers a range of specialised Ayurveda treatments to bring both body and mind back into balance.

A different approach to Indian cuisine Gaggan, a restaurant in central Bangkok, serves creative cuisine in a handsome, whitewashed, colonial-style wooden house. Chef Anand Gaggan, who came to Bangkok on a short-term consulting assignment, fell in love with the city and has never left Thailand since. With a menu reflecting his recollections of street food and the diversity of regional Indian cuisines, his restaurant now ranks fifth in the World’s 50 Best Restaurants, first on the Asia’s 50 Best Restaurants list and has two Michelin stars. An uncommon and unforgettable experience. After years of working in Germany, the Netherlands and Italy, twin brothers and Chefs Thomas and Mathias Sühring opened their restaurant Sühring in 2016 in a charming 1970s villa in downtown Bangkok. The establishment, already awarded two Michelin stars and ranked fourth on the 2018 list of Asia’s 50 Best Restaurants, has an atmosphere that is at once casual and elegant. The brothers’ concept was to create an at-home ambiance in which guests can experience cuisine inspired by Germany, their travels and their childhood memories. Mornington Peninsula on a plate

Laura, which opened in March 2018, was named after Jaume Plensa’s celebrated 30-tonne cast iron sculpture. In keeping with the moniker, the team serves fine cuisine in a modern and elegant setting within the exceptional Pt. Leo Estate, surrounded by its own vineyard and sculpture park. The dishes are the creations of Culinary Director Phil Wood. The set-course degustation is an expression of the Mornington Peninsula, crafted from the region’s finest ingredients and producers: duck eggs from Heritage Farm, goat’s milk from Main Ridge Dairy and vegetables from Benton Rise Farm. Head Sommelier Andrew Murch adds his epicurean expertise to this Mornington Peninsula culinary journey with his bespoke wine list.

Established in 1954, Relais & Châteaux is an association creating delicious journeys in 580 unique hotels and restaurants throughout the world, operated by independent innkeepers, chefs, and owners who share a passion for their businesses and a desire for authenticity in their relationships with their clientele.

Relais & Châteaux is established around the globe, from the Napa Valley vineyards and French Provence to the beaches of the Indian Ocean. It offers an introduction to a delicious lifestyle inspired by local culture and a unique dip into human history.

Relais & Châteaux members have a driving desire to protect and promote the richness and diversity of the world’s cuisine and traditions of hospitality. They are committed to preserving local heritage and the environment, as encompassed in the Vision presented to UNESCO in November 2014.

Woomera Gives Up Its Secrets 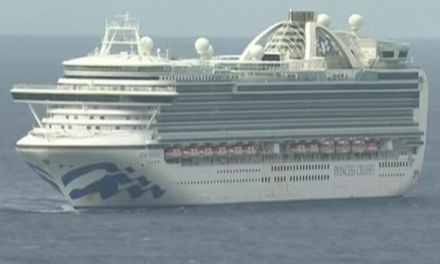 JOHN ROZENTALS enjoys the best Chinese banquet he’s ever had, and renews acquaintance with a favourite hotel just across Broadway. 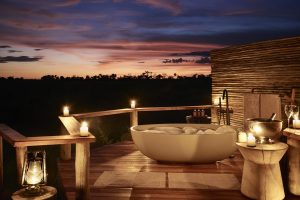 JOHN ROZENTALS reports on five ‘under the stars’ safari experiences with Sanctuary Retreats.