AirAsia has been named the World’s Leading Low-Cost Airline for the sixth year running at the World Travel Awards (WTA) Grand Final. AirAsia Deputy Group CEO (Airlines) Bo Lingam said, “Thank you everyone who voted for us. Over the past year, we have worked hard to improve customer experience to make travel more convenient and fun, while also personalising the end-to-end journey, and it’s incredibly rewarding to see our work pay off like this.

“In addition to a slew of digital initiatives, such as our Fast Airport Clearance Experience System (FACES) facial recognition boarding system and Freedom Flyer Programme, we’ve built up our Customer Happiness team to ensure we continue to improve on our ability to serve and amaze our guests, who demand frictionless, responsive customer support at a touch of the button on the go, and we are working hard to deliver that.

“And we remain guest-obsessed as we evolve from an airline into a travel technology company. Our guests will always be at the core of everything we do, and we believe the various travel and lifestyle ventures we are working on now – from deals and e-commerce to fintech and logistics – will only serve to further enhance the overall AirAsia experience for them.”

AirAsia Group Head of Cabin Crew Suhaila Hassan said, “I’ve been with AirAsia for 22 years. I joined as one of the first cabin crew hired, even before Tony and Datuk Kamarudin bought over the airline. We were small then, with only 30 cabin crew and two planes operating domestic Malaysian routes. Of course, since then, the company has grown, and so has our family. We now have more than 5,900 cabin crew from all over the world, including Australia, Brazil, Zambia and the US.

“It’s amazing to see how far we’ve come, but what is truly incredible is to see that, despite this rapid growth, my Allstar colleagues have maintained the same passion for service that we had in the early days, and we are thrilled and humbled that our guests and our peers feel the same way too. Thank you all.”

The World Travel Awards is one of the most prestigious, comprehensive and sought after awards programmes in the global and tourism industry. Established in 1993 to acknowledge, reward and celebrate excellence across key sectors of travel, tourism and hospitality industries, the World Travel Awards brand is now recognised globally as the ultimate hallmark of industry excellence. 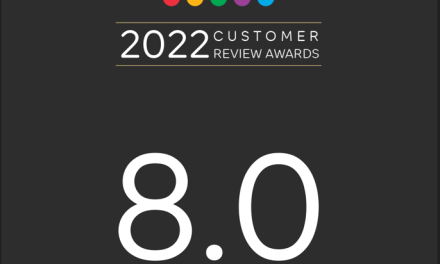 The Best Luxury Hotels in Bali by Luxury Lifestyle Awards