Qatar Airways, in association with German football club giant FC Bayern München AG and Adidas, are proud to announce the sixth edition of the FC Bayern Youth Cup India 2018-19, taking place from the end of November until 3 February 2019 at Adidas, the Base – Plaza in New Delhi, India.

The FC Bayern Youth Cup is an under-16, seven-a-side inter-school football tournament that will pitch elite school teams from New Delhi, Mumbai, Bangalore, Kolkata, Chennai and Srinagar to compete against each other, giving the budding footballers a platform to showcase their talent to win a dream trip to represent ‘Team India’ and compete in the FC Bayern Youth Cup World Finals, taking place in Munich in May 2019.

The prestigious tournament aims to spread the vision of football as a global sport that brings people together from different backgrounds and cultures. Selected players will also get a chance to watch a Bundesliga match at the iconic Allianz Arena in Munich.

Qatar Airways Senior Vice President of Marketing and Corporate Communications, Ms. Salam Al Shawa, said: “Qatar Airways is thrilled to support the FC Bayern Youth Cup 2018-19 in India, further inspiring future generations in sports. Football as a sport has grown tremendously in India over the last decade, and with the recent FIFA U-17 World Cup tournament held in India, the sport is poised for further growth in terms of both participation and interest.

“We look forward to engaging with the club and the fans to enhance upcoming talent and make a positive difference to the growth of football in India. Sport is a key pillar of the long-term vision of the State of Qatar, and as Qatar’s national carrier, we welcome the opportunity to use sport as a means of bringing people together. It will be an honour to fly the winners of this tournament to the world finals in Munich in May 2019.”

Football legend and former FC Bayern München AG player, Bixente Lizarazu is due to visit Delhi for the national finals taking place in India in February 2019 ahead of the world finals, to encourage participants and give them a glimpse of what is in store for the winning team. Lizarazu has earned varied accolades during his career which includes six times championing the German league, winning the Champions League 2001, the World Cup 1998 and the European Champion 2000 with France.

Commenting on the sixth edition of the FC Bayern Youth Cup India, Bixente Lizarazu said: “India has surprised everybody with the talent it has produced in football, despite entering the football scene at a much later stage as football isn’t a main league sport in the country. It’s such an honour to be able to monitor the progress of these young teams, impart my learnings to the best possible extent and watch these budding talents amaze me with their skill set.”

Adidas India Senior Marketing Director, Mr. Sean Van Wyk, said: “Adidas, as a global leader in football, has been constantly taking initiatives to nurture football in India and to introduce new avenues to inspire the youth to partake in the sport. The FC Bayern Youth Cup is one of the key initiatives that reaffirm the brand’s constant efforts to promote and nurture football at a grass root level in India. It is an opportunity for young talent to compete and test their skills in an international environment. This year, the winning school team from the tournament will represent ‘Team India’ at the World Finals, and I am sure this will encourage the school teams to put in their best to secure a truly memorable experience that awaits them in Munich.” Qatar Airways holds an extensive global sports portfolio, sponsoring some of the biggest teams around the world. In addition to its existing partnership with the German football club giants FC Bayern München AG, for which it is a Platinum Partner, Qatar Airways also recently revealed multi-year sponsorship agreements with Italian football club AS Roma, and with Argentinian football club Boca Juniors, which saw the award-winning airline become the Official Jersey Sponsor for both teams. In addition, Qatar Airways is the Official Global Airline Partner of The South American Football Confederation (CONMEBOL). The multi-year agreement will provide Qatar Airways with maximum exposure in South America, while further strengthening the airline’s global sponsorship portfolio.

Qatar Airways also sponsors the NBA’s Brooklyn Nets and the team’s home, Barclays Center in Brooklyn, New York – a venue that hosts many of the world’s most exciting entertainment and sporting events.

Qatar Airways proudly flies one of the youngest fleets in the sky, featuring the world’s most technologically-advanced and environmentally friendly aircraft. The airline operates a fleet of more than 200 modern aircraft to a network of more than 150 key business and leisure destinations across six continents. 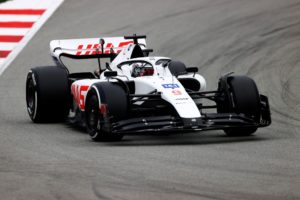