QF Flights From Australia Direct To FCO Take OffOakwood Premier Melbourne Confirming Its Luxury StatusLongreach Now One Of Australia’s Largest Cruising PortsBeyond Times Square Presents Luxury History Tours in BostonExperts Warn Travellers to Be Vigilant of ScamsSydney is One of the Best Cities for Baby-Boomers to Live in and VisitNEW 15-Day Tour of the Galapagos, Amazon & AndesTravel & tourism deal activity registers marginal growth of 1.4% in May 2022,Qantas To Expand PER Gateway With Flights To JNB And JKTViking Marks Float Out Of Newest Ocean Ship
Alpha Destination Management Unveils Plans for WTM London 2018 - Global Travel Media

The top team from Alpha Destination Management will be attending the World Travel Market in London, led by the company’s CEO Mr. Ghassan Aridi from 5th to 7thNovember 2018. He will be accompanied by Mr. Samir Hamadeh, General Manager, and Ms. Zeina Al Sayegh, Product Manager – UK Market, for Alpha. Elaborating on the significance of WTM London, Mr. Hamadeh, said, “Western European countries led by the UK and Germany rank among leading markets into our destination. Demand for overseas holidays for the region from these countries continues to be strong. At the same time outbound tourism for the UAE from developing markets in central and eastern Europe is forecast to grow. At Alpha we are well placed to capitalise on these growth opportunities being a well-established brand among the top tour operators in the UK and the rest of the continent. Commanding 40% market share from the UK, Alpha enjoys a pivotal position in the tourism sector

Giving details of the existing and upcoming business deals lined up at the show, Mr. Hamadeh, revealed, “WTM, where we have been exhibiting for the last 21 years, offers us the perfect platform to connect and conduct business with our valuable partners. Last year we signed some very significant contracts during the exhibition with leading companies such as Destinology, Hayes & Jarvis, Travelopia Group, If Only, and Winged Boots. This year, we will be formalising a major agreement with ‘On the Beach’, the 5th largest Tour Operator in the UK, operating 1.5 million British tourists into the Mediterranean region every year, and Dubai will be their first long haul destination. Their expectation in three years is to be among the top three tour operators to the UAE from the UK.

Mr. Hamadeh further added, “In addition to this we are scheduled to sign a major commitment deal during the fair, adding an additional 50,000 room nights in the next 3 years into one of the UAE’s northern emirates. This is a commitment towards the destination by one of the leading tour operators in the UK. Further details will be announced during the fair.”

Dubai is among the top four most visited cities in the world and the best performer in the MENA region. With Expo 2020 on the horizon, the GCC represents high growth potential for the travel industry worldwide. Mr. Hamadeh stated, “Dubai’s tourism offerings have evolved in response to market demand, increasing the emirate’s attractiveness among target visitor segments across key guest markets and UK is among the top three source countries for Dubai. The various visa initiatives have further fuelled growth by not only easing access into the city, but also introducing our amazing destination to new source markets around the globe”.

Speaking about the expectations of tourists from the UK, Mr. Hamadeh, added, “Travellers from the UK are looking for greater value and unique experiences. The more the destination creates attractions and tailors its product to cater to UK tourists, the better conversion it can expect. Dubai is moving away from being a city you must visit, to a city you must experience. Our approach to UK has to be different than other markets and key to that is coming up with new ideas to grow stop over business. In order to support Dubai’s goal to attract 20 million visitors annually by 2020 and maintain a stable momentum of growth, there is need for new packages and offers with added-value to entice transit passengers to stay for least one night rather than simply pass by. At Alpha we are also focusing on promoting Dubai’s strong calendar of events to excite more travellers to come over”.

WTM London is the leading global event for the travel industry, registering more than 50,000 participants in 2017, including 10,500 buyers conducting business worth over US$4.02 billion. Organisers are predicting a record year for 2018, boosted by a strong contingent of exhibitors from the Middle East region. WTM London will add seven regionally-focused Inspiration Zones to the show this year – UK & Ireland, Europe & Mediterranean, Middle East & North Africa, Asia, International and Africa – to make the event more focused on specific destinations. 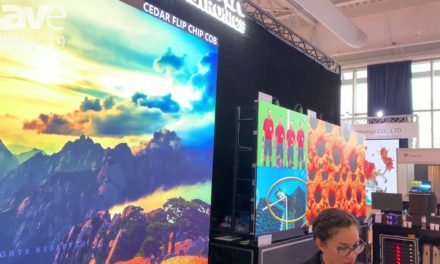