Speaking in Atlanta at The Beat Live, Mr Wilson cited the progress made already in enabling airlines to merchandise their content to travel agency and corporate travel channels, the speed at which new airline products can be introduced – often at the same time in these channels as in the airline direct-selling channel – and the capabilities allowing airlines to make personalized or tailored offers.

He announced that Travelport is on schedule to launch its first version of this capability into a production environment this quarter.

Mr Wilson expressed caution about NDC on issues such as the relative speed of connections compared to the indirect channel and the different interpretations among airlines of the NDC API. This, he said, is pushing up cost to serve and time to implement compared to the proclaimed standards. Further challenges lie in the unresolved commercial models on which industry needs to agree.

In his Keynote address at the event, Mr Wilson also highlighted the growing significance of four key technologies shaping global industrial and commercial practices and travel in particular:

Mr Wilson congratulated the industry on its progress so far, but counselled this must continue. He concluded with a vote of confidence in the sector saying: “As long as we are moving forward and at a respectable speed and momentum, we will be on the right path to being able to deliver something better than today for the traveller.” 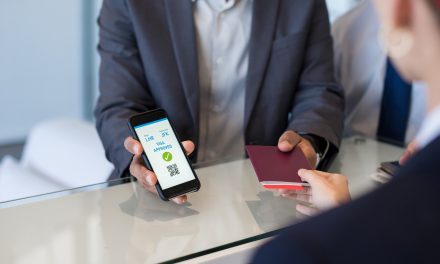 Connect Partners with TEAM to Produce a Better Appointment System