Bleasdale’s 2016 Generations Shiraz was awarded the title of Best Shiraz in Show before going on to win the major prize presented in Adelaide today.

“You work hard and you get rewarded eventually I guess,” Hotker said of the recent success.

“It’s pretty rare to get such a spread of awards for such a diverse group of wines – they’re all red but that’s about the only thing they’ve got in common.”

“It’s always nice to win at home – the Shiraz trophy in Adelaide is a great trophy to win – and we just won the Cabernet Blend trophy in Perth (with the Frank Potts Cabernet Blend) and that’s the other one that’s really hard to get with Margaret River down the road.”

The 2016 Generations Shiraz is yet to be released and follows the success of the 2015 edition, which was awarded the International Guest Judge Annual Prize in Sydney last month.

Both wines were aged in French Oak puncheons for 12 months and retail for about $35 a bottle.

“It’s a very small production wine from parts of our best vineyards and then it’s barrel selections from those parts so it’s pretty small,” said Hotker, who has been making wine at Bleasdale for 11 years. The Langhorne Creek region is about 70km southeast of Adelaide and produces more wine than McLaren Vale each year and almost as much as the Barossa but is seldom recognised as a premium region.

“It doesn’t get recognised but it does get the accolades – the first Jimmy Watson (trophy winner) came from Langhorne Creek and Greg Follett (Lake Breeze) has probably won more Cabernet trophies than anyone in Australia but somehow it still slips under the radar,” Hotker said.

“Shiraz does really well in Langhorne Creek and it has done for a long time, it just doesn’t have the reputation of the Barossa.

“We’ve got a good team and that helps a lot, everyone is on the same page.”

Shiraz dominated the Royal Adelaide Wine Show competition, accounting for a quarter of all entries and 20 gold medals.

It also provided the winner of the Most Outstanding Wine of Provenance category, with Leasingham’s Classic Clare Shiraz (2016, 2009, 2005) claiming the trophy.

Deep Woods Estate from Margaret River in Western Australia was awarded the trophy for Best Chardonnay and the George Fairbrother Memorial Trophy for Best White Wine in Show.

The InDaily Trophy for Best Australian Vintage, Tawny or Ruby was awarded to the Barossa Valley’s 1847 Wines for its 40 Year Old Rare Tawny.

“Pulling the absolute top wines out of such a group for each class and deciding the final trophy was a long and difficult process,” Rose said.

“A range of styles were rewarded but all were driven by purity of fruit and balanced by layers of complexity.”

WINEMAKER OF THE OUTSTANDING WINE OF PROVENANCE: Matt Caldersmith, Leasingham. 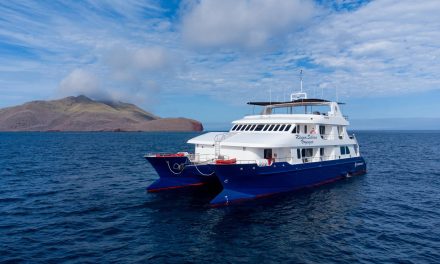