The bulldozers are moving! Construction has finally begun on Western Sydney Airport – a facility which will eventually handle up to 82 million passengers, the size of London Heathrow and New York JFK.

Dithering over whether and where to build the airport has stretched on for so long, it seems to disappear into the mists of time. Generations have gone by.

Here’s a quote from history’s vaults, 32 years ago, by then Federal Aviation Minister Peter Morris in 1986:

“The search for Sydney’s second airport site has concluded with the selection of Badgerys Creek… Because of the thoroughness of this work and the fact that 40 years of indecision by previous governments has been brought to an end, I am confident of a broad measure of support for our decision.”

Add the “40 years of indecision” to the date of that statement and you get 72 years!

Now, praise be, work on the airport has finally started. The government says the new airport will boost jobs, create much-needed infrastructure and strengthen the economy.

Initial earthworks are due to be completed by the end of 2019. Western Sydney Airport has called for expressions of interest for the first of three major earthworks and airside civil works packages, which is expected to be awarded in mid-2019.

Prime Minister Scott Morrison said Western Sydney Airport would provide a gateway to the world, not just for people but for job-producing freight as well.

“For half a century Sydneysiders have talked about a second airport. By tomorrow, bulldozers will be moving and work on the Western Sydney Airport will be underway,” Morrison said at the official launch of airport works earlier this week.

“This airport will remove the handbrake from the Western Sydney economy.” The Prime Minister said the Government had achieved all the approvals over the last four years and congratulated Western Sydney Airport Company, which it established to make the airport at Badgerys Creek a reality.

Minister for Finance and the Public Service, Senator Mathias Cormann said the Government’s investment of up to AUD 5.3 billion in equity in Western Sydney Airport will have long-term economic returns.

“The airport will be at the centre of the Western Sydney Aerotropolis, which will be a global hub of innovation for sectors including defence and aerospace, freight and logistics, agribusiness, pharmaceutical and biotech industries.

“We have already seen industry leaders Qantas and Virgin commit to being at the airport from the day of opening and significant investment from the defence and science sectors committed.”

Minister for Cities, Urban Infrastructure and Population, Alan Tudge, says the project is not just about building an airport, but about bringing jobs, education, industry and innovation together to create a prosperous and sustainable future for the people of Western Sydney.

“Western Sydney Airport is all about boosting jobs, busting congestion and bringing opportunities to the region,” Tudge said.

Around 11,000 jobs will be created during the construction phase and around 28,000 within five years of opening.

The approval of Western Sydney Airport also involved a AUD 200 million Biodiversity Offset Delivery Plan. Approved by the Department of the Environment and Energy, it provides for a comprehensive program of biodiversity offsets.

Tudge said the Western Sydney Airport site contains fragments of endangered Cumberland Plain Woodland and grasslands, and the Biodiversity Offset Delivery Plan complies with one of the strict conditions included in the Airport Plan to offset this native vegetation.

The Biodiversity Offset Delivery Plan was developed with input from a Biodiversity Experts Group on the best plant and animal conservation options.

“The Australian Government is committed to achieving significant biodiversity gains in the region and is fully funding the offsets package through an investment of around AUD 200 million. This represents the largest biodiversity offset program underway in Australia.”

“The airport is already driving further investment in the region, including billions of dollars of Commonwealth and NSW Government investment in road and rail connections, including the M12 motorway and North-South Rail Link,” Tudge said.

“The rail link is part of the historic Western Sydney City Deal, a 20-year agreement that will make the region around the airport a better place to live, with better transport, education, liveability and job creation.” 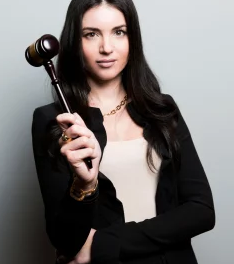 Who said that NFTs are for speculation?