Adelaide Hills brewery Mismatch has bucked the trend of heavy, hop-driven craft beers to win the Champion Trophy at the Australian Independent Brewers Association Awards with a lager.

The South Australian beer came out on top of 114 entrants in the lager category before beating the trophy winners in the other nine categories to be named champion in Sydney last night.

The win caps a meteoric rise for the Mismatch Brewing Company, which was founded by head brewer Ewan Brewerton in 2013. Described as a smooth, drinkable beer, Mismatch Lager is inspired by the helles-style beers of Munich. With an ABV of 4.5 per cent, the lager uses Hallertau hops and a yeast from Weihenstephan, also in Germany.

Brewerton, right, said it was an honour to be recognised for producing the champion Australian independent beer.

“Winning an award with our lager is the most exciting result possible,” he said.

“The time effort and precision in brewing a beer of quality consistently interrupts my sleep at night.”

More than 750 beers were entered into the awards across the 10 categories. Pale Ale was the most hotly contested trophy with 179 entrants vying for the prize.

The criteria changes are part of a shake-up of the craft beer industry in Australia in the past year following several high profile independent brewery sales, including Adelaide’s Pirate Life, to major commercial breweries.

The lager, which sells for about $22 for a six-pack, was released by Mismatch less than a year ago and sits alongside its Session Ale and Pale Ale as the mainstays of the range.

Mismatch began as a “gypsy brewer” in 2013, meaning it made its beer at other breweries, until its new 35-hectolitre brewery near Nairne began production at the start of this year.

The Hay Valley brewery is co-located with Adelaide Hills Distillery. The two businesses have also partnered with The Hills Cider Company and Ashton Valley Fresh and will open a cellar door for all four companies this spring.

The brewery uses a sustainable water supply that is put through a reverse osmosis system before being used to make the beer. Wastewater from the brewing process – about five litres for every litre of beer produced – is treated on-site and used to irrigate the surrounding orchards.

Has owner who died at 95 left her famous hotel to dogs?

Top doc changes his tune on COVID-19 and international borders – was he got at? 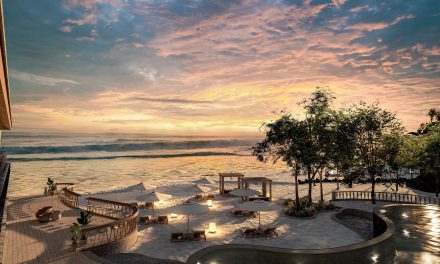 An Escape Into The Only Wondrous Hidden Gem In Nusa Dua

QANTAS booking international flights from July 1, but refuses to say whether it has now refunded all cancelled flight payments