They also took home two gold medals, as did Maleny-based Brouhaha. There were silvers for Macleod Brewing Co in Maleny, Sunshine Brewery and Land & Sea in Noosa.

“One of the most interesting sessions at BrewCon was the ‘Will Travel for Beer’ section, because it highlighted how craft beer can add a distinct ‘taste’ to a region’s tourism offer, and complement the destination’s other food and natural attractions,” he said.

“The Sunshine Coast’s craft breweries can be found in picturesque locations along the coast and in the Hinterland, and because they are now considered amongst the best in Australia they have become an attraction in their own right with our scheduled tour numbers growing 150% over the past 12 months, and our private tours tripling in numbers over the same period.

“The growth in organised craft beer tours reflects the growth in craft breweries operating in the region. When we began tours in 2016 there were just three onsite breweries operating. Today, we have 12 who brew on site, and we now offer five different tour options covering the Hinterland and coast from south to north. “What makes ‘beer tourism’ so attractive for visitors is that it provides a really rich and interesting insight into the character of the destination. Brewers are invariably passionate about their trade and love sharing stories about the trials and tribulations of setting up a brewery and the sweat and tears that go into every brew, as well as sharing experimental and seasonal beers with visitors. Wine tourism is already well established in Australia, but craft beer tourism has just as much potential.

“The breweries are now an integral component of the Sunshine Coast food and produce scene, with many brewers building close working relationships with local farmers, not just for disposal of spent grain for cattle, but for sourcing local fruit and produce for seasonal beers or to serve through their kitchens.

“Besides dedicated craft beer tours, more and more local restaurants and bars are showcasing Sunshine Coast beers, and interest in beer has grown to the point that our first-ever Craft Beer Festival last year attracted over 3500 visitors.” Visit Sunshine Coast chief executive, Simon Latchford, said that food, wine and beer were a major focus of the region’s tourism marketing, with the Sunshine Coast one of Australia’s richest agricultural producers.

“The Sunshine Coast’s tagline ‘Naturally Refreshing’ perfectly reflects the sort of craft beers being produced by the remarkably talented group of brewers across the Coast,” Latchford said.

“Food and wine tourism are already well-established as prime drivers of tourism around the world, and craft beer is now emerging as an equally dynamic growth sector, with the more casual nature and ‘earthiness’ of the product matched by high-quality and very distinctive varietal beers.” 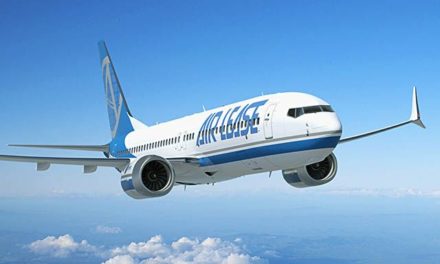